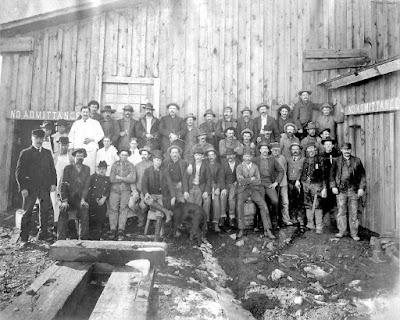 In my recently released sweet romance Dumplings and Dynamite, the heroine is working (in disguise!) as a camp cook at a gold mine in eastern Oregon during the 1890s gold rush.

Since I love to bake and collect recipes, it was fun to think about and research the foods she would have been serving a camp full of miners. While most of the offerings were basic (meat, potatoes, bread), when the manager of the mine leaves for a few days, she makes all kinds of treats for the men, endearing herself to them all.

One recipe I found came from a cookbook published in 1883 called Clayton's Quaker Cook Book, Being a Practical Treatise on the Culinary Art Adapted to the Tastes and Wants of All Classes. Clayton was an acclaimed caterer who lived and worked in San Francisco during the late 19th century.

The recipe for Baked Apple Pudding seemed perfect for something Hollin, my heroine, would serve the hungry miners. She serves it to them for breakfast, but you could make this to enjoy anytime. Here is a modernized version of the recipe.

Directions:
Preheat oven to 350 degrees.
Peel and core apples then chop into small pieces.
Beat sugar, eggs, butter, and milk together on medium speed. Stir in the oat flour and cinnamon then add the apples. Spoon into a greased casserole dish and bake for one hour, until set.
Serve warm with a sprinkling of cinnamon or a dusting of powdered sugar on top or syrup on the side, if desired. Refrigerate any leftovers.

Here's an excerpt from the story: 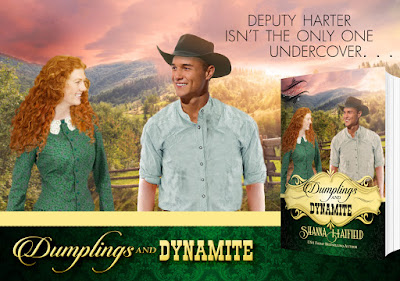 Seth had held babies before, including Thane Jordan’s son who would be close to the same age as this little one.

Without waiting for permission, he gingerly lifted the baby. The cries ceased and the baby seemed content to have someone hold her. While he swayed from side to side, he studied the little one. Wispy curls of hair shared the same bright hue as ripe carrots. The baby’s eyes were blue, but Jemma Jordan had told him the eye color of a baby could change significantly by their first birthday. A small nose looked perfect on her pretty face. And the teeny girl he held had the sweetest little mouth, shaped like a rosebud. Her lips worked, as if she wanted something to suck.

A flash of pity swept through him for the baby’s mother who lost her husband and was now working for the contemptible Eustace Gilford. He had no doubt the woman had to rise in the wee hours of the morning to be able to cook a big breakfast for a camp full of miners. It had to be challenging to cook and care for such a newly-born child.

Mrs. Parrish hurried back into the kitchen, saw him holding the baby, and her pale skin blanched white.

“What are you doing?” she asked in a harsh, quiet tone. She moved across the room and took the baby from him with such haste, he had no idea how she’d managed to reach him in so few steps. He couldn’t be certain, but he thought maybe she’d forgotten about her limp.

“I hoped if I held her, she’d stop crying. It worked,” he said, shoving his hands in his pockets, although he moved a step closer to the widow. “What’s her name?”

“I’ve never met anyone named Keeva. Is it a family name?” he asked.

The woman merely nodded. “It was her great-grandmother’s name.”

“Then I’m sure she’d be proud to have a beautiful little granddaughter to share it with.”

The woman looked at him over her shoulder with an uncertain glare, as though she couldn’t quite figure him out, before she turned back to the baby. “Breakfast is on the table. The men will be in soon. If you want something to eat, you best get out there. If Mr. Gilford didn’t mention it, the men pack their own lunches from the food on the tables near the door.”

“He did say something about that. Thank you, Mrs. Parrish.” Seth tipped his head to her then made his way to the dining room where men began trickling inside.

Eustace directed Seth to a chair at the far end of the long table. When everyone was seated, he pointed to Seth. “Meet our newest employee, Seth Harter. He’ll be drilling and blasting.”

Mrs. Parrish nearly dropped the pot of coffee she carried at this announcement but quickly recovered. Seth wondered how hard he’d have to work to charm the truth out of her.

In spite of her appearance, something about her made him look forward to trying.

Wishing you a wonderful and very Happy Valentine's Day!