Train your mustache in the way it should go...the art of 19th century manliness 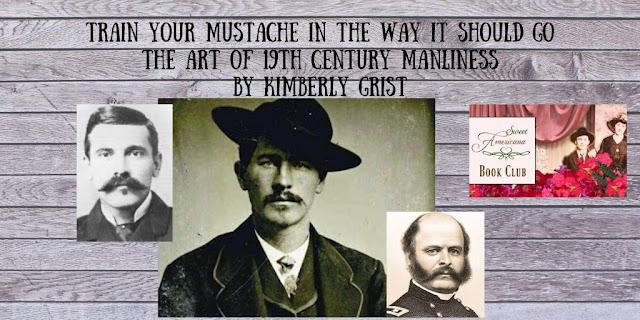 After the failure of many revolutions in Europe in the 1840s, facial hair lost its association with radicalism and by the late 1850s, became a symbol for masculinity, dignity and power.

During the Victorian age, a mustache was an essential accessory.

Perhaps influenced by the tradition from Europe where manservants were required to be clean-shaven, ornate beards and mustaches were worn by officers of the day. 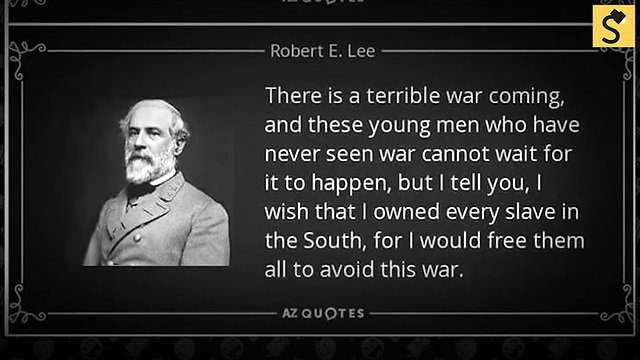 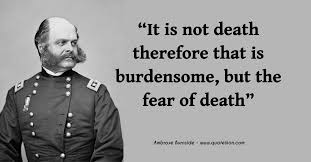 General Ambrose Burnside, Civil War veteran and Rhode Island senator, is remembered for his facial hair to this day. The original 'sideburns' were called burnsides. 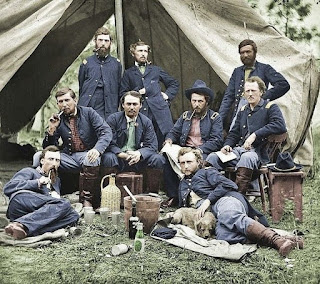 Despite their differences, as tensions in the 1860s reached a boiling point, men shared in a flair for hair. 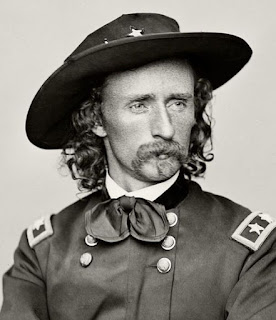 To me, there's no better example of stylish hair than General George Custer. Could it be one of the reasons he was the most photographed General during the Civil War? Pictured on the left with his men during the war in 1862. 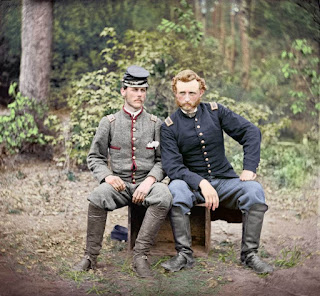 And alongside a Confederate prisoner Lieutenant James B. Washingon, who was one of his classmates at U.S. Military Academy, West Point before the war broke out.


While the full beard lost popularity, mustaches became widely adopted by civilian men in the 1880s and 90s. Young men began wearing the style to look more mature, fashionable and inspire confidence while giving what was perceived as a "dashing" air. 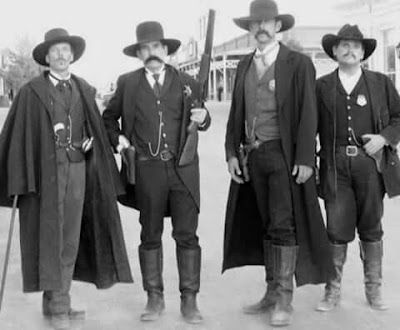 Wild West icons pictured above sporting the handlebar mustache are the ever-stylish Doc Holliday, Sheriff Wyatt Earp, and his brothers. Also pictured below:

Growing and maintaining a handlebar mustache requires patience and no trimming.

One needs as much hair as possible to groom and shape towards the goal of an outward tilt.

Necessary tools include wax and a dedicated comb was and is still used to sweep hair to the right or left. 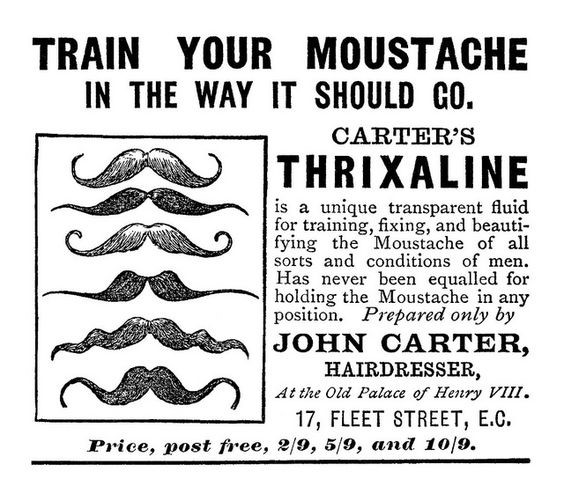 A bit of inspiration 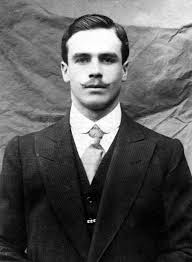 As I was researching fashion styles for several upcoming projects, I became interested in the popularity of the handlebar mustache. The handsome man pictured to the left was part of my inspiration for a new character. (You'll learn more about him next month🤠) 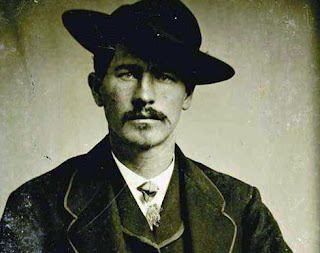 During the 1880s, a more clean-shaven look came into fashion. The handlebar mustache took the name from handlebars of bicycles and required much effort to keep trim and was the style into shape. 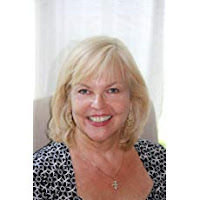 Posted by Kimberly Grist at 4:55 AM