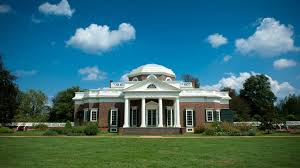 Last summer, I visited Monticello, Thomas Jefferson's home in Virginia. That trip inspired the heroine in my next novel.

While there, I learned about a mystery that will never be solved. Thomas Jefferson had two daughters who disappeared from history.

They didn't die in infancy like four of his children nor did they pass away during childbirth like his daughter Mary. These women, Beverly and Harriet Hemings, disappeared when they chose to pass as whites.


In a different world, the girls would have been nieces to Jefferson's wife, Martha. It's a twist that belongs in a soap opera. Just imagine it--
Man marries and gives a home to his new sister-in-law. She's his wife's half-sister. When the wife dies, he notices the half-sister is now a good-looking teen so he decides to start an affair with her.


An interesting part of this story happens in France. Sally goes to France with one of Jefferson's daughters. It's there that Sally agrees to start the years' long affair with Jefferson. In France, Sally wasn't considered a slave and could have left. Instead, she set out her demands before consumating the relationship. Future children's rights were a part of that.

So, when they were adults and trained as seamstresses while living at Monticello, Sally's daughters chose to enter the white community. Leaving to live as whites meant that these sisters had to assume new identities. (Interestingly, they were never freed.) The girls weren't able to have contact with their family because of it. Their brother, Eston, also chose to live in the white community, moving to Wisconsin.

History has no record of Beverly and Harriet once they left Monticello apart from something their brother said. According to Madison Hemings neither the girls' connection to Monticello nor their "African blood" was ever discovered.

After learning about these women, an idea started in my mind. From that came my next novel, The Teacher's Star. In it, a young teacher chooses to pass as white and leaves her mother to move to Wyoming. 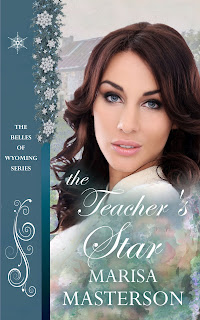 Rustlers and a mystified marshal. A treasure map and a missing child. Why does nothing make sense to this smart school teacher?

Forced into the role of a U. S. marshal, Delia Perkins keeps that a secret and goes on with her life as a teacher in the small town of Belle, Wyoming. After all, she's only a courier. While waiting for her contact, she's drawn to the man she's sure is a part of a gang of rustlers.

Roland Anderson juggles training both his horses and his daughter. The bad thing is that the horses are better behaved than his little girl. He has a job to do, but the new teacher is on his thoughts much too often.

Will Delia Perkins give him away before he can find and arrest the leader of the gang of thieves? When the two are forced into a sudden marriage, will Roland be able to catch the thieves without losing either his wife or his daughter?

This is one Valentine's Day that neither Delia nor Roland will soon forget.