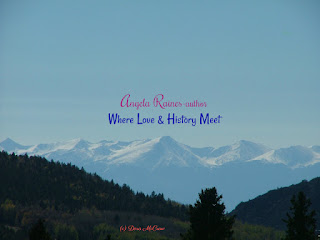 That Weekly Register Call newspaper in Central City, CO on November 5, 1880, included the following news article:
The ladies of Leadville connected with the Women's Christian Temperance Union of that city, set up to the voters of the several voting precincts of that city, hot coffee, and a substantial lunch last Tuesday. Their example might be emulated by other Christian people with favorable results in helping many to abstain from the intoxicating bowl.

The 'Weekly Register Call' newspaper in Central City, CO. of January 18, 1889, had the following short piece:
There are in this country 48 national societies of women, with a direct membership of 500,000. The largest is the women's Christian Temperance Union with a membership of 210,000. Then follows the missionary, peace, suffrage, philanthropic and educational organizations. Twelve of them have joined with the National Council, which was formed to unite all the women societies into one great league.

The organization was strong in Colorado. In many ways, the suffrage movement, which had been active almost from the beginning of the territory probably helped to embolden the women to make their sentiments known. There were occasions when women were a part of both, like the example at the beginning of this post. Since 2020 is the centennial of the 19th amendment, it seemed appropriate to write about the women in the west who followed their beliefs and made their wishes known.

On December 31, 1899, the Colorado Springs Gazette published a review of the work of the local W.C.T.U. Included in that article was the following:
The W.C.T.U. meetings were held in the women's library adjoining for a while, and afterward, in the room on the second floor, that was also used for the Chinese Sunday school. While occupying these rooms several transactions of interest occurred to the W.C.T.U. That of an all-day prayer meeting, a column secured in the Republic, now the telegraph, and a new interest aroused in the suffrage question.

The first improvement notice as a result of women's ballot, even on the school question, with that of taking the polling places out of alleys and carpenter shops to the high school building. During the campaign when Mrs. Susan T Dunbar was the successful candidate, editor B. W. Steel gave the free use of the columns of the Gazette, being an ardent supporter of women's suffrage, and himself subscribed the first $10 for carriages to be used on election day.

As you can see, it took strong, determined women to accomplish the settling and civilizing of the West. I have always been drawn to strong determined women in history and that has informed my writing.

In my first novel "Josie's Dream", my character of Josephine Forrester was one such character. Below is an excerpt from that novel.

Turning, Josie noticed the older gentleman she’d seen with a young girl earlier. Getting Amos’ attention she called him over. “Amos, who is that over there?”
Looking in the direction Josie was pointing he asked, “You mean that old man?”
“Yes, he looks angry. Didn’t he have a young girl with him?”
“Yes,” Amos answered, “Mr. Pierson and his daughter don’t always see eye to eye, and she sometimes just walks off instead of making a scene.”
“Will she be okay?”
“Not much danger, most everyone here is getting ready to head over to the ball field for the start of the game.”
Josie grinned at Amos. Oh, how she’d enjoyed watching the games when she was younger, even taking part when she could. In that respect, she was more of a tomboy than even her family knew.
“Why are you grinning?”
“Just remembering,” she sighed, “so who are the contestants?”
“Our team is playing a group of railroaders working the line west of us. It’s a big deal to both teams. Let’s just hope the game stays civil.” Amos grinned, knowing full well the crowd would probably get boisterous before the day was over.
“Any girls ever been on a team?”
“Girls? Why, not since I’ve been here.” Amos grinned, “But...why? Were you thinking of playing? I think they might have more need of your medical services before the day is over.”
Josie grinned, pleased with the way Amos turned the subject back to her profession, but oh how she wanted to run and laugh with abandon. Then she pulled herself up, she was a doctor, not some hoyden who was undisciplined. She’d worked hard to earn her degree, which reminded her, she needed to get back to her office and get ready for any accidents that might happen, not that she wanted anyone hurt.