Is there gold in the Uinta Mountains? by Zina Abbott 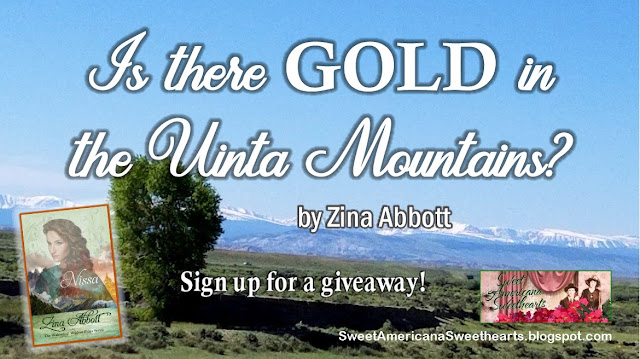 Is there gold in the Uinta Mountains? This mountain range is separated from other known gold-producing areas in Utah, although Utah as a whole never produced much gold in relation to other regions.

Not much is known about the backside of the Uinta Mountains. To access the Eastern Uintas, backpackers need to begin in Whiterocks on tribal grounds—a place hikers seldom visit. Thousands of acres of wilderness remain mostly untouched. Ashley National Forest borders tribal grounds which strongly discouraged trespassing. Treasure hunters, explorers and lost gold enthusiasts have determined that east of Fort Duchesne, in Whiterocks’ Rock Creek is the place where millions of dollars of gold lies in abandoned mine shafts and caverns, left there by both the Aztec empire and Spanish explorers.

There is quite a tale about Thomas Rhoades, founder of the town of Kamas on the western edge of the Unita Mountains, and of his dealings with Ute War Chief Walker (Wakara) who had been baptized a member of the Church of Jesus Christ of Latter-day Saints. In July 1852, Wakara reportedly agreed to reveal the location of the gold as long as it was used exclusively for the benefit of the church. He allowed Brigham Young to choose one white man to travel to a sacred mine called "Carre Shin Ob," or "There dwells the Great Spirit," and bring back gold if he swore not to reveal the location. The Utes had no real interest in the gold, but still greatly resented the Spanish overlords who had mined the metal at the expense of their people. According to legend, at the time the region fell under Spanish rule, many Utes were taken as slaves to work in mines (both silver and gold) in the Uintas for their Spanish captors.

President Young chose Thomas Rhoades, a stalwart member of the church who spoke fluent Ute. When Thomas became ill in 1855, he sent his son, Caleb. They continued to make trips in and out of the region for years. They managed to evade gold-seekers following them, and no one ever found the location of the mine. Some suggest the location is near Bald Mountain and Hayden Peak in the Uinta Mountains.
There is also Gold Hill in the Unita Mountains west of Road 150 and near Moffit Peak. Today, Road 150 is a two lane paved road that is closed in winter. The streets off that road that lead to Gold Hill and Moffit Peak are dirt roads. The nearest road to Gold Hill is a mile from the mine site. Visitors must hike in to see the mine. To see images of Moffit Peak and Gold Hill, PLEASE CLICK HERE.

In the northeast corner of the state, the Green River has produced placer gold below Flaming Gorge Reservoir.
So, yes, indications point to there being gold in the Unita Mountains—not a lot, but enough to provide a setting for the series, The Widows of Wildcat Ridge.

Nissa is still on preorder for only one more week. To read the book description and reserve your copy, please CLICK HERE.

To see the other books already published or available on preorder in The Widows of Wildcat Ridge series on Amazon, PLEASE CLICK HERE.

Also, please enter the Rafflecopter below for a chance to to be the one to win my pre-celebration prize of two of my autographed print books: Independence Day 1881 and Harvest Dance 1881 (USA readers only. Outside the USA I’ll send digital versions.) 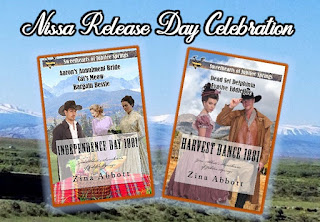