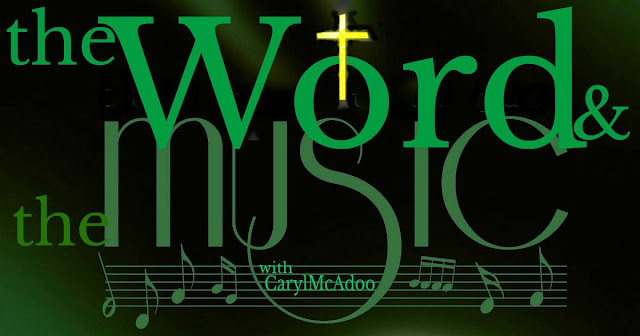 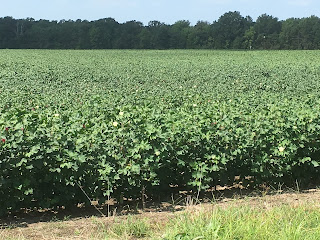 The United States cotton production soared after the invention of the gin by Eli Whitney in 1793. Though the fiber had been in use since antiquity, the demand soared in Europe and across the warm weather area. The South with its slave labor, suitable soil, and growing conditions was ready and able to produce hundreds upon hundreds of acres filled with the cash crop.

By 1830, America supplied the majority of the world’s raw cotton.

Plant in the spring, cultivate during the summer, harvest in August or September. Sounds easy right? Busting sod with a handheld plow pulled by mules is hard work. Chopping the dirt between the rows after every rain to keep the weeds down and the ground ready to soak up as much moisture as possible from the next downpour was almost never ending. A body does get a bit of rest after the plants canopy—that’s when they grow tall enough and its leaves grow broad enough to block the sun, hindering any undergrowth.

But . . . a farmer always has chores. And while he might get a little break from the cotton patch, there's plenty to do in late summer on the farm. Hay to be stacked, harness to be mended, hooves to be seen to, chickens to feed, cows to milk, and plenty more, but you get the point. Then those cotton bolls get rotten, and it’s picking time again.

The casing dries and shrinks away from the white fluffy fiber wrought with seeds buried up in its softness. Pulling the lint from the rough bolls is back-breaking, finger-pricking work that goes on and on and one, row after row after row in the hot sun until that last boll is relieved of its treasure.

Now if a slave owner on a big Southern plantation before the Civil War, all you had to do was count your greenbacks as the cotton bales stacked up. Most were not, though (especially in my novels), but the working man took advantage of King Cotton, too. Because raising cotton proved so profitable and so little was needed other than hard work, most anyone in the 1800s could keep the seed from last year's crop, work himself and his family to the bone, and make enough money to support his family.

My newstory that releases in January, Silent Harmony, uses the hardships of growing cotton as a backdrop for the three Parker sisters. With their daddy and the oldest sister’s husband both killed in the war, the girls are doing all the work alone with little respite. We (my husband and I, we write together) chose cotton because of growing up on stories of grandparents and parents working the lint.

One story I especially liked was where is paternal grandfather would get his work done so he could come help his sweetheart chop her rows. At eighteen and sixteen, they fell in love between the rows of cotton. As a child, Ron’s mother had her own sack, but according to PawPaw, she spent more time riding on her daddy's sack instead of picking. 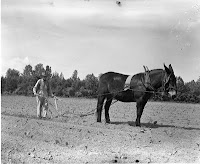 With only a mule, a hand tractor, and good black land like we have here in Red River County (far Northeast Texas), if you did it right, you could produce a five hundred pound bale per acre which garnered anywhere from three to ten cents a pound, and if willing to work and maybe hire a little help, planting forty acres wasn't out of the question.

I can hardly imagine a good year being two thousand dollars for all that work? Of course, back then, spending a dollar bought a whole lot more, too. But it might be less on a bad year--too much or too little rain or letting the weeds get ahead of the chopping! Mercy, I'd rather write about cotton planting and harvesting and marvel at the tough rows our ancestors had to hoe! 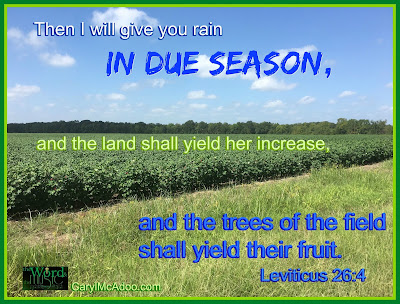 THE MUSIC
(who remembers The Byrds?)


How many of you were told stories of King Cotton?