BONE-SETTERS & A SHORT HISTORY OF CASTS 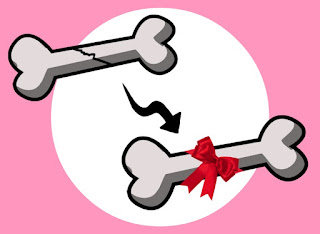 In books or movies of the Old West, someone with a broken leg or arm will often have their injury splinted with sticks for immobilization. Usually this is “out in the bush,” but for my next book in the Oak Grove Series, The Prairie Doctor’s Bride, this method wouldn’t work.

When a cantankerous mule at the livery kicks Wally Brown, Doctor Graham must set the fracture of his lower arm in his home office. Now, Doctor Graham was not a lay doctor or bone-setter (a barber or in a pinch, the blacksmith.) He attended a prestigious school back east in Boston, and then had several years of experience, employed by the Kansas-Pacific Railroad Company to attend the men building the railroad. So, I had to find out a little more about the history of care for fractures. 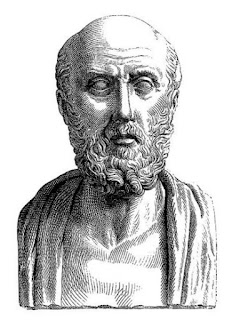 The earliest known care for a broken bone (after resetting) dates back to the early Egyptians of the 5th Dynasty (2400 B.C.) Hippocrates, a physician of the 4th century BC, wrote about immobilizing the bone to let it heal and also having the injured person do specific exercises to prevent atrophy of the muscles. His writings spoke of using cloth soaked in resin and wax. A little later on, starch was added to assist with quicker hardening. Throughout the next 1500 years, different solutions and pastes were used, such as egg whites, clay, and gum mixtures.If a person had a broken bone, they did a LOT of laying around.

Plaster of Paris had been used as a building material for centuries, but in the early 19th century, it became widely used for immobilizing broken bones. The injured limb would be reset and placed inside a wooden box and then the plaster poured over it, encasing the leg or arm in a rigid sleeve. This was heavy and made it impossible for the injured person to move.

Then in the 1830s, Louis Seutin, a doctor in the Belgian army, used strips of linen and carton (or pasteboard) splints that were wet and molded to the limb. The limb was then wrapped in bandages and coated with a starch solution and allowed to dry.


Building on Seutin’s work, Antonious Mathijsen, a medical doctor in the Dutch army, found that strips of coarse cotton cloth into which dry plaster of Paris had been rubbed, could be applied and then moistened with a sponge or brush. The cast would harden as it was rubbed and would dry in minutes. Another version of this would be to very carefully dip the dressing or cloth into a bucket of water, so as not to dislodge the plaster of Paris already rubbed into the cloth, and then apply it to the limb. This lighter-weight, smaller cast made it possible for a person to move about while a bone healed.

Mathijsent wrote about his method and it was published in 1852 in a medical magazine, Repertorium. This became the standard for setting broken bones until 1950 with only a few minor changes—ie: the use of shellac to make the cast water-resistant. And alterations such as this picture--with a stub to enable walking and yet keeping the cast dry and clean.

So – knowing this – I could finally write the scene where Doc Graham took care of Wally Brown’s arm and actually used a plaster of Paris cast! I hope you find this interesting. I do – but then I have always been fascinated with the history of medicine.

If you are interested in more information, here are a few links to check out:

Nelson Graham has had every advantage in life.
Is it possible for this Boston-trained doctor and a woman who “lives off the land”
to find any common ground?

For more information on this book and others, please visit and follow ~