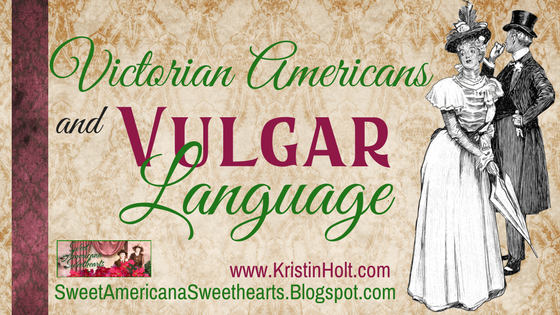 
But one key reason readers report choosing Sweet Western Historical Romance is the clean language in the text of the book.


Surprised? Americans live in a culture that widely tolerates vulgarity. But maybe that's why readers looking for a read without descriptive sensuality also seek reads without language they find offensive. 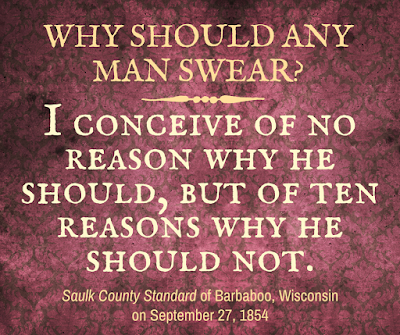 Victorian Americans expected--and often demanded--profanity-free language. This societal norm went well beyond the "not in front of ladies" cliché, which shows up in most Western Historical fiction. Yes, ladies detested vulgarity (and profanity, and even slang) and were trained from youth to not hear what they should not hear (and to not see what they should not see).

"A gentleman should never permit any phrase that approaches to an oath, to escape his lips in the presence of a lady. If any man employs a profane expression in the drawing-room, his pretentions to good-breeding are gone forever. The same reason extends to the society of men advanced in life; and he would be singularly defective in good taste, who should swear before old persons, however irreligious their own habits might be. The cause of profanity being offensive in these cases is that it denotes an entire absence of reverence and respect from the spirit of him who uses it."

Beyond the finest etiquette sources of the day, common men and women were expected to moderate their language in the same way.

Was the use of profane language--in front of women and children--so widespread something actually had to be done? Apparently so. The following article appeared in Semi-Weekly Standard of Raleigh, North Carolina on March 18, 1857, wherein the writer decreed, "We don't know that the use of profane and vulgar language in our city can grow into more general use than it is at present.--There is no evil practice which is so universally practiced. The boys that play in the streets are as glib with an oath as their elders, from whom they learn it..."

Note that this 1857 article (while far from politically correct for today's readers) classifies profane language alongside "Drunkenness, Gaming, and Fornication". That's serious.

If epidemic in proportions, what could possibly be done to extinguish the pernicious evil?

More than a simple matter of good etiquette, Victorians expected proper behavior in public to include clean language. Cities large and small passed ordinances that made public vulgarity a misdemeanor.

Despite the ordinances, and the wishes of "gentlemen" to be well-respected by others, public profanity remained an issue across the country.

Many Victorian-American newspapers describe situations where men (and sometimes women) were charged with profane or vulgar language. When found guilty, individuals sometimes served jail time and fines ranged from $1.00 to $5.00, and in some instances (a politician), $100.00.


Threats of fines and jail time did little to dissuade those with a penchant for language.

Public parks were patrolled by policemen. I've written other blog posts, such as Courting in Public Parks, that illustrate how vigilant most policemen were in ensuring people didn't break the law or disturb the peaceable.

One newspaper columnist (note the lack of attributing writers' names in the era) claimed that the crack-down in public only caused an increase of foul language in private.

BASEBALL LEAGUE STEPS UP TO THE PLATE

Baseball, the All-American Sport, was well-established by 1898. The determination by the National Baseball League to ensure the game remained family-friendly and culturally enjoyable by all, led them to adopt, by unanimous vote, the "suppression of rowdyism and vulgarity at ball games" [sic]. The purpose was well-intended: "...to the end that the game may retain its high position as respectable and worthy of the confidence and support of the refined and cultured classes of American citizenship."

The "Heroic Method" went so far as to fire ball players who broke the rules...after a fair hearing. The "Tribunal of Three" took such accusations most seriously.

Today's students hear the entire spectrum of language in schools, popular music, online, gaming, and among peers in every setting. Today, we'd laugh an ordinance to prevent profane and vulgar language out of court. That might be the difference between our Victorian ancestors and us. They said no. They raised the expectations and fought against the habit and behavior.

Many twenty-first century parents and individuals expect better from themselves and their children (or youth in general). I sat in a business meeting once, years ago, where a woman asked the company owner to refrain from obscenities while she was present.

I'm not sure I'd have the guts.

I do have the guts to revise my currently published books (now that I better understand the true-to-history Victorian viewpoint about cursing, even mildly) to remove what I've hitherto seen as very mild language. Ultimately, my 19th century characters wouldn't have let the mildest of vulgarity into their speech (or thoughts). Their mothers taught them better. They're good men, honorable, and determined to treat the women in their lives (mother, sister, aunties, sisters-in-law, and sweethearts) with utmost respect.

My first full-length novel, The Menace Takes a Bride, will see the greatest revision. Garth Wakefield has a heart of gold--with every right to be furious at his father, Luke (the villain). I allowed Garth's fury to show in his language. I've learned my lesson. The September 2017 version, complete with a brand new cover, will be 100% free of questionable language. Watch for this spiffy update, inside and out, to be available on my website and Amazon in September 2017. 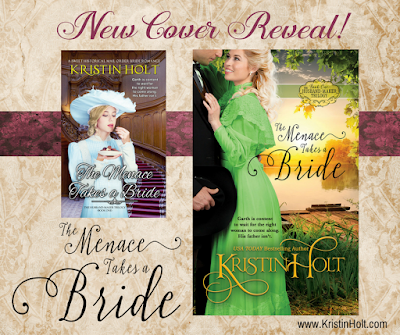 My mother will be so proud. True story: Mother insisted, "Ladies don't talk that way" (anytime my language was questionable.) And she meant it.

VULGARITY AND PROFANITY IN FICTION

Returning to where we began, with "language" in fiction (particularly Sweet Western Historical  Romance), we know most fans of this niche within historical romance choose it for many reasons, including the absence of offensive (to them) language.


Authors work hard to eliminate dialogue and narrative that selective readers will likely find offensive, as an author's livelihood depends upon gaining readers who want to buy their next book, as well as finish the one they're currently reading.

What do you think about this subject?

Are you surprised to learn that "foul language" was frowned upon so much in Victorian America (beyond the rote, "Excuse me, ma'am.")?

Please scroll down and reply. I'd sincerely like to have a discussion about cursing, 'language', swearing, profanity, vulgarity--or the absence thereof--in the books you love to read. 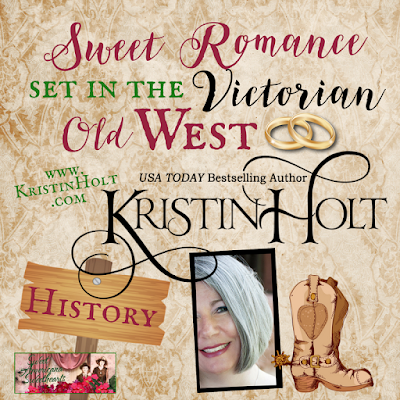 You're invited to visit my website, particularly About Kristin for links to my various hangouts on the web. Find lots more about my books on my Books page.