Seasonal Aspects in a Story

Since moving back to California in May of 2012, I’ve become more aware of the individual seasons. Living twelve years in San Antonio, Texas exposed me to a summer that lasted from April to early October and the other three seasons were jammed into the remaining months. But here at 7400 feet in the mountains of the San Bernardino forest, the seasons are more pronounced. The daylight hours are fast becoming shorter and the nights noticeably colder. 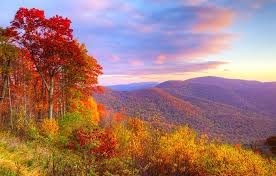 Seasons affect our lives more than just the layers of clothes we must wear for comfort. When we lived in Oregon years ago, this was the time I worked hard to gather everything possible from the summer garden and canned or froze it. We’d scour the roadsides for the last of the wild blackberries and plums to make jam and preserves. In our next location, we lived in a city in southern California and were often in charge of my in-laws garden while they vacationed. I remember lots of zucchini, eggplant, and tomatoes and searching for new recipes. In Texas, we bought local peaches and pecans. Here in southern California, we’ll soon go to a nearby town that has an apple festival for the chance to pick apples and buy apple products. In years gone by, the change in the seasons always meant a change in cuisine. Gone were the summer fruits and vegetables of watermelon, cantaloupe, peas, corn, beans, and lettuce. Now squash, turnips, beets, rutabagas, potatoes, yams, parsnips, and pumpkins were harvested. Since refrigeration and development of trade between countries, the seasonal aspect to our cuisine has become blurred. In current day America, we expect to see lettuce and tomatoes year around. Look for seasonal details in the stories you read and realize how they work to make the storyline more realistic. Carving pumpkins in fall, eating watermelon in summer and enjoying potato soup in winter are familiar activities (at least in the US), and readers settle even deeper into the story because they’ve enjoyed these things, too.  Incorporating food or a meal into a story displays out a sense of community between whoever is sharing the food and also may add to characterization if an ethnic dish is served. Don't you feel you're more involved with the story when such rich details are included?

Today's the last day my story, Ione's Dilemma, in the Grandma Mary's Quilts series is on sale for only 99 cents.
Posted by Linda Carroll-Bradd at 4:27 PM