As we countdown to the "Leap Into Love" event, each author has contributed to our knowledge of this time period we all love. For myself, entertainers have always been a draw. Perhaps it is because I started performing in public at the age of two and a half, and never stopped. To this day, I still don the costume and take to the stage to act or sing. I thought this post would be a nice chance to look at the entertainers of yesteryear.

Let's start with Lotta Crabtree, November 7, 1847 - September 24, 1924. She began performing in California, where her father had moved to from New York, when she was about six years of age. She was known as "The Nations Darling". For more information here are two links: http://www.britannica.com/biography/Lotta-Crabtree,  http://www.sfmuseum.org/bio/lotta.html

Of course there was Lola Montez. Born in Ireland, the mistress to the King Ludwig I of Bavaria, she fled to the United States in 1848 at the start of the revolution in Germany. She became known as the "Spanish Dancer". She led a life that was one for the storybooks. An overview of her life can be found on Wikipedia at: https://en.wikipedia.org/wiki/Lola_Montez

Who can forget Lily Langtry, the woman who captured the imagination of Judge Roy Bean? Born in England, her life also was one of grit, determination, and beauty. She also managed her own theatre company and did well for herself. There is an internet museum full of great information at: http://www.lillielangtry.com/

Let you think it was only women, although their lives are a major part of my historic research, there were a few men also.

One who fascinated me after I first read of him in the local newspaper is Blind Tom. Tom was a musical prodigy who traveled the world playing the piano. He was born a slave in Georgia in 1848. Some of the fascination may be due to my own love of playing the piano, especially when I was much  younger. An interesting perspective on this amazing talent can be found at http://www.blackpast.org/perspectives/confounded-enigma-blind-tom-wiggins

And make sure to watch this amazing video about Tom and his music: https://youtu.be/hNJDaNbilpw

I will end with Eddie Foy Sr., the patriarch of the Foy family. Eddie, like Lotta, started performing at the age of six in Chicago as a street performer to help support his family. At fifteen he took the name Foy and began traveling the country and shared the stage with many of the famous actors of the era. It is also rumored he was performing at the BirdCage theatre in Tombstone at the time of the OK Corral gunfight. More information on him and his family can be also be found on Wikipedia: https://en.wikipedia.org/wiki/Eddie_Foy,_Sr.

There of course are many more who traveled and entertained in the West, this is just a few to whet your appetite.

Don't forget to sign up of the upcoming event and the Rafflecopter. This is your chance to meet some wonderful authors, learn of their work and maybe even a chance at some wonderful reading material. 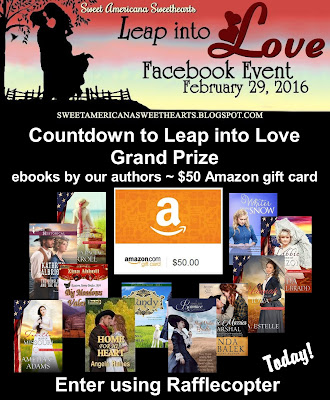 Day 8 of Countdown to Leap into Love featuring: 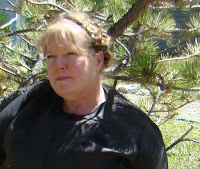 Angela Raines is the pen name for Doris McCraw. Doris also writes haiku posted five days a week at - http://fivesevenfivepage.blogspot.com and has now passed one thousand haiku and photos posted on this blog. Check out her other work or like her Amazon author page:  http://amzn.to/1I0YoeL
Posted by Angela Raines-Author at 4:30 AM