With all this talk of Leaping Into Love, I thought it might be interesting to check out the love lives of some of the legends in the “old wild west”!  Here’s a few that I found…..

It is generally assumed he was married three times, but a marriage license exists only for the union with his first wife, Rilla Sutherland. They were wed on January 10, 1870, in Lamar, Mo., and Rilla, the daughter of a local hotel keeper, died less than a year later. Sally Heckell called herself wife of Wyatt Earp. Was Sarah Earp simply a prostitute who had taken the name of her protector – No one knows.
No official record has been found uniting Wyatt with either of the other wives — Mattie Blaylock and Josephine Sadie Marcus — though he maintained a long-term relationship with each.

In Denver, Masterson dealt faro for "Big Ed" Chase at the Arcade gambling house. In 1888, he managed and then purchased the Palace Variety Theater. It was probably there that Masterson first met an Indian club swinger and singer called Emma Moulton, born as Emma Matilda Walter near Philadelphia on July 10, 1857.

The pair subsequently lived together, and it has been widely reported that they married in Denver on 21 November 1891, although no record of the marriage has come to light thus far. The only known source for the November 21, 1891 date was given by Bat Masterson's brother, Thomas Masterson, years after Bat died. Emma was not divorced from her first husband, Edwin Winford Moulton (1847-1922), until 9 November 1893. When they were later enumerated in the 1910 U.S. Federal Census, Bat and Emma claimed that they had been married for seventeen years, suggesting a marriage date of 1893. Masterson's biographer has raised the possibility that Bat and Emma were actually married on November 21, 1893, two weeks after Emma's divorce from Edwin Moulton. Bat and Emma were traveling through various eastern states at that time, and it is possible that they were married on November 21, 1893 in one of those eastern states. So far, an actual marriage record hasn't been found. 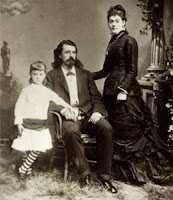 Louise Frederici and William “Buffalo Bill” Cody were married for almost 51 years. The marriage itself was “rocky” because of the numerous separations that they endured. His life on the wild frontier, being an Army scout, supplying buffalo meat for the pioneers and military, and later producing and traveling with his “Wild West” shows, kept them apart many times.

Allegedly, Belle was briefly married for three weeks to Charles Younger, uncle of Cole Younger in 1878, but this is not substantiated by any evidence. There are numerous claims that Belle's daughter Pearl Reed was actually Pearl Younger, but in Cole Younger's own biography (quoted in Glen Shirley's "Belle Starr and her times") Cole Younger discounted that as rubbish and set down what he truly knew of Belle. In 1880 she did marry a Cherokee man named Sam Starr and settled with the Starr family in the Indian Territory. There, she learned ways of organizing, planning and fencing for the rustlers, horse thieves and bootleggers, as well as harboring them from the law. Belle's illegal enterprises proved lucrative enough for her to employ bribery to free her cohorts from the law whenever they were caught.

In 1883, Belle and Sam were arrested by Bass Reeves charged with horse theft and tried before "The Hanging Judge" Isaac Parker's Federal District Court in Fort Smith, Arkansas; the prosecutor was United States Attorney W. H. H. Clayton. She was found guilty and served nine months at the Detroit House of Corrections in Detroit, Michigan. Belle proved to be a model prisoner and during her time in jail she won the respect of the prison matron, while Sam was more incorrigible and was assigned to hard labor.

In 1886, she escaped conviction on another theft charge, but on December 17, Sam Starr was involved in a gunfight with Officer Frank West. Both men were killed, while Belle's life as an outlaw queen—and what had been the happiest relationship of her life—abruptly ended with her husband's death.

On October 28, 1866, he married eighteen-year-old Virginia Chavez. Within a year after being married, he was arrested for aggravated assault and threatening his wife's life.

Despite the tumultuous marriage, they had four children together - Roy Jr., Laura, Zulema and Sam. The family lived in "a poverty-stricken Mexican slum area called Beanville"

Wayne was married three times and divorced twice. He was fluent in Spanish and his three wives, each of Hispanic descent, were Josephine Alicia Saenz, Esperanza Baur, and Pilar Pallete. 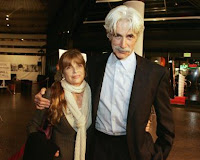 Elliott married actress Katharine Ross in 1984. Although Ross starred in Butch Cassidy and the Sundance Kid, in which Elliott had a very small role, the two did not meet and begin dating until 1978 when they both starred with Roger Daltrey in The Legacy.

The couple have a daughter, Cleo Rose Elliott, born in 1984, who is now a musician in Malibu. 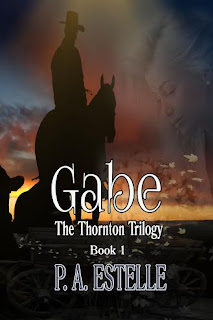 I sure hope you all stop by our Leap Into Love Extravanganza on February 29!  During my time to chat with a few of you, names are going into a hat and I am giving an ebook of Hannah: Bride of Iowa and Jesse’s Find, Book 1 of The Jesse’s Series.  AND there is a “Grand Prize” for one lucky person. I’m throwing Hannah: Bride of Iowa into the mix along with prizes from the other authors.  Of course, there’s also a $50 Amazon card to be given away, too.  Sign up below in the Rafflecopter! 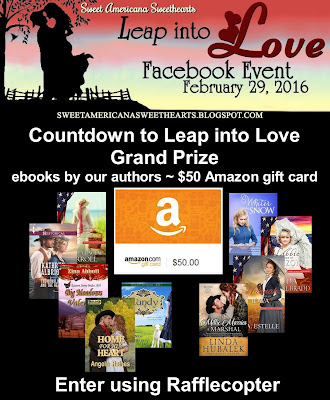 Day   of Countdown to Leap into Love featuring:


a Rafflecopter giveaway
Posted by Penny's Tales at 4:07 AM