The Countdown Begins-A Visual Tour of the Oregon Trail

Today begins our countdown to the Leap Into Love Facebook Party. Only 11 Days to go until you can come and chat with your favorite authors and win prizes.

As I thought of what to share today, the Oregon Trail kept coming to mind. I kept thinking of other topics, but the idea wouldn't go away, so today I'll take you on a visual tour of the Oregon Trail, sharing photos of some of the most recognizable landmarks the emigrants would look for on their countdown to Oregon.

We begin with Independence, MO, the beginning of the trail. 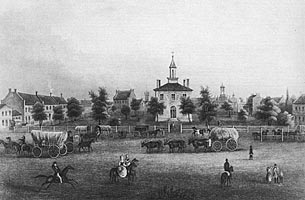 Our next step is Courthouse and Jailhouse Rock, the first landmark the pioneers would come to. 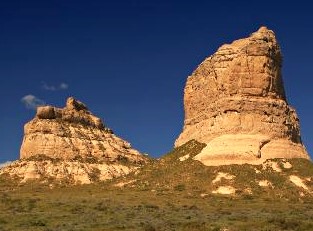 Twelve miles west comes one of the now most famous landmarks, Chimney Rock. 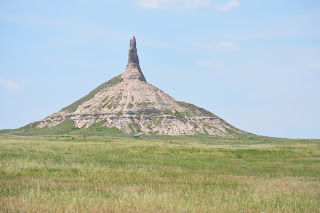 We're counting down and well into our trip. Now we've reached what's present-day Wyoming, and we make a stop at Ft. Laramie, one of the most important forts in the west. Close your eyes and picture it in its heyday, with scores of soldiers, wagons, and pioneers about. 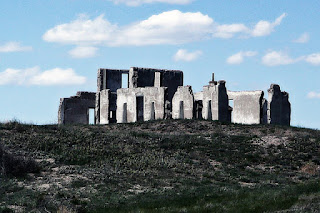 Moving on, we stop at Independence Rock, so called each because wagon train hoped to reach it by July 4th. If they didn't, they knew they were behind. 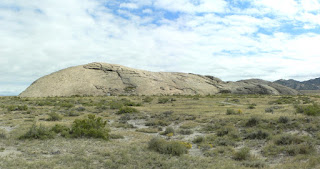 About this time, many pioneers would need to restock supplies. Ft. Bridger became an important stopping point along the trail. 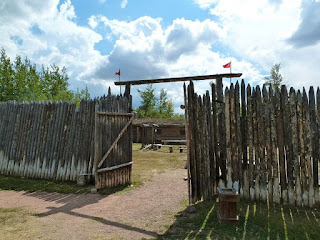 Now in Washington, we come to the Whitman Mission. An important piece of history, it was burned down in 1847 by the Cayuse Indians in what's known at the Whitman Massacre. Today in it's location is a national historic site and monument to honor its former presence. 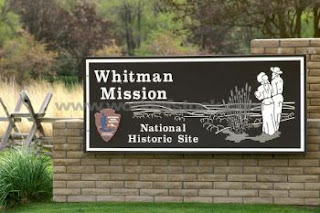 Arrival! After nearly six months or more, the pioneers have made to the lush green land of the the Willamette Valley in Oregon. 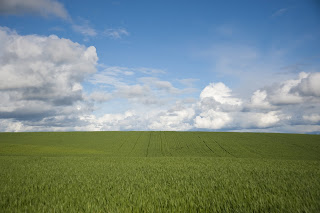 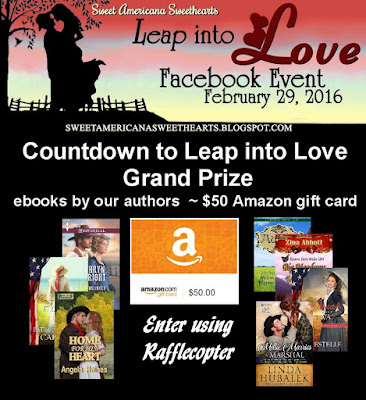 Day 11 of Countdown to Leap into Love featuring:


To chat with all of our authors and have a chance to win more prizes, join us at our
Leap into Love Facebook Party
on Monday, February 29th ~  Leap Day! ~ from 5:30 to 8:30p.m. Eastern Time
Join the party by clicking HERE.


a Rafflecopter giveaway
Posted by Unknown at 1:25 PM