The True Hero That Tamed the Worst Town in America

The True Hero Who Tamed the Worst Town in America 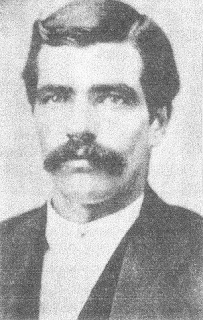 Abilene had its share of woes during the days of cattle shipping. With the Chisolm Trail in full use  men of all different kinds made their way to Abilene, helping to make it the worst town in America. It was decided law enforcement was needed. A few local tenderfoots became policemen but not a one lasted until payday.
Enters Tom Smith. He was a handsome Irishman and native New Yorker who stood 5 feet 11 inches and weighed 170 pounds with auburn hair, broad shoulders and a gentle manner that was deceiving. He was a Catholic and neither swore nor drank.

He was hired at the good salary of $150 a month plus $2 for each conviction and a bonus for stray dogs. The job he did was so miraculous, within 2 months, his salary was increased to $225 a month, plus fees. Hefty paycheck for back in the day!
An ordinance was posted that anybody coming into Abilene would leave his guns with the proprietor of the business he was going to frequent or at the Marshall’s office. That just didn’t sit well with some of the…”tougher”…men.

Unknown to the local crowd, Smith had been a rookie policeman in New York, but also had built quite a reputation as a young professional prize fighter. He was billed as “Slugging Newsboy”, because as a kid he helped support his family by selling newspapers on the street. Just as he was ready to het the “big time” his mother fell ill. On her deathbed she asked him to give up this career and he honored her wish.

More than once, a man, or group of men, told Marshal Smith they weren’t turning their guns over to “no red-headed SOB wearing a tin badge”. More times than not, Tom Smith used his fists instead of guns to bring order.

Because of his fairness and easy going ways, Tom Smith became popular with the merchants, gamblers, citizens, saloon keepers, girls in the red-light district, and even most of the cowboys.

It was a sad day for Abilene when Tom Smith met his death at the early age of 31. Two Scotch homesteaders were rustling cattle. Tom and his deputy, J. H. McDonald, went to arrest them. Story goes, McDonald fled at the first sign of trouble, and Smith was shot and then his head was severed with an ax.

A posse tracked them down and though most of the town were screaming for a lynching, a trial was held and they were sent to the state penitentiary.

The entire population lined the street as the procession moved slowly past. The life and character of Tom Smith typified a virtue which was very rare in frontier peace officers.
Thirty years later his coffin was moved to a better location and erected a granite stone marker at his gravesite, a tourist attraction still today.
The inscription on it reads: “Thomas J. Smith, Marshal of Abilene, 1870. Died a martyr to duty, November 2, 1870, a fearless hero of frontier days, who in cowboy chaos established the supremacy of law.” 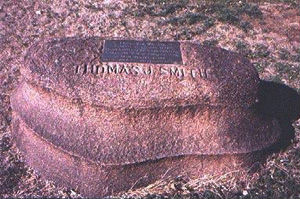 Thanks so much for stopping by. Several of my historical western romances take place in Kansas in the mid 1800s.


By the way, as a thank you for visiting, I am going to choose one commenter to receive an eBook of their choice between Jesse’s Find, Jesse’s Nightmare, or Justice Comes to Salina. Be sure to leave an email address! 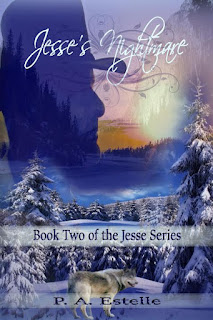 Excerpt for Jesse’s Nightmare
She was making supper when Jesse came in. “You’re home early.” She didn’t look his way.
“Yea.” He put his hat on a peg and hung his jacket, watching her the entire time. Ginny was always there with a smile and a kiss when he came home. “Everything okay?” She didn’t answer, just nodded. “Ginny?”
When she looked up, her brown eyes were dark pools of unshed tears. She ran into his arms, sobbing.
“What in tarnation is wrong?” He held her as she cried. Finally, he set her away from him so he could look into her face. “Is Sarah okay?”
“Yes. This is silly.” She wiped her eyes and sat down at the table. For the first time Jesse saw the gun laying there. She met his eyes.
“What happened?”
http://amzn.to/1Isjfcf

I have a newsletter that goes out for new releases or sales. If you would like to be notified please sign up @ http://eepurl.com/388Xr