The Strength of Vows

I have a new book releasing today called The Christmas Vow. The story, set in the 1890s, is about a man who returns to his hometown to bury his best friend and encounters the woman who broke his heart when they were both eighteen.
Although Adam is determined to stay away from her, he can no more leave her alone than he can stop needing air to breathe.
Tia is a widow with a four-year-old son, Toby, and came back to the town where she grew up to regroup and get a fresh start.
When her former father-in-law threatens to take her son away,  Adam vows to keep both Tia and Toby safe. They wed immediately, a marriage of convenience (or so they both try to convince themselves), for Toby's sake.
As I was writing the story, it really got me thinking about vows.
Did they hold more weight back then than they do now? Do vows still mean something to people?
I like to think they do.
What, exactly, is a vow?
There are any number of ways to define it, but in its most simple form, a vow is a solemn promise.
Vows are most often associated with love and marriage. 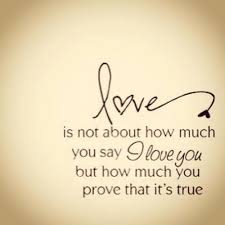 In the story, Adam takes his vows quite seriously.


The ceremony was simple and brief, but Adam took each word to heart. He didn’t lightly make a vow to Tia. For as long as she’d allow, he would cherish and protect her.


After all, a vow was much more than a promise, far deeper than a commitment. It was a pledge, a troth to another, and Adam intended to honor every word.


Even if Tia never felt another ounce of love for him, he would shelter her from life’s storms, encourage her dreams, and offer her a safe haven in his arms. 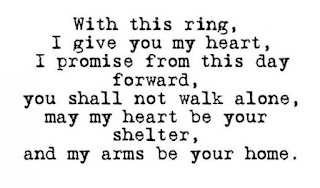 Just the idea of making a promise you intend to keep for a lifetime holds a bit of romance. 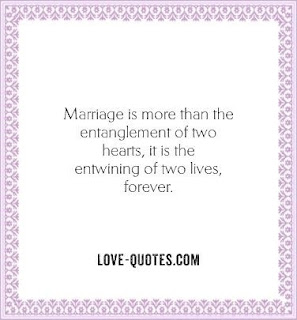 One of my favorite vows is from The Vow by Nicholas Sparks. 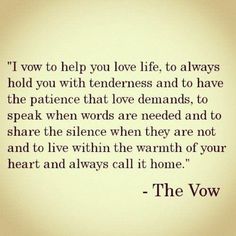 Married for almost twenty-two years, I recall the vows I exchanged with Captain Cavedweller like it was just yesterday. Humor and love are two threads that have been woven through our relationship from the start.

Which is why this vow is particularly fitting: 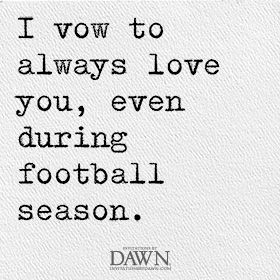 What are your thoughts on vows?

The Christmas Vow is the fourth book in the Hardman Holidays sweet Victorian romance series.
Columbia River Pilot Adam Guthry returns to his hometown of Hardman, Oregon, after the sudden death of his best friend. Emotions he can’t contain bubble to the surface the moment he sees the girl who shattered his heart eleven years ago.
Widow Tia Devereux escapes her restrictive life in Portland, returning to the home she knew and adored as a girl in Hardman. She and her four-year-old son, Toby, settle into the small Eastern Oregon community, eager for the holiday season. Unfortunately, the only man she’s ever loved shows up, stirring the embers of a long-dead romance into a blazing flame. When her former father-in-law, a corrupt judge, decides he wants to raise Toby, Adam may be the only hope she has of keeping her son.
You can order your copy today for only $2.99 on Amazon! http://amzn.to/1KQHhvI 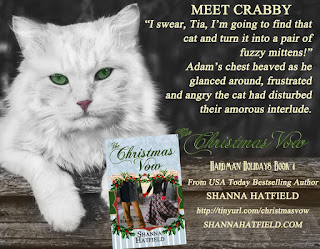 “I believe that’s exactly the point.” Adam’s lopsided grin revealed his dimples and made her mouth water for want of his kiss.
Aggravated with herself, Tia aimed her fury at Adam. “The point is your recklessness might get you or someone else horribly injured.” She turned around and strode toward the kitchen door. “I insist you…”
A snowball caught her square in the back. Mouth hanging open in surprise, she spun around and glared at him.
Adam worked to form another snowball, ignoring her scowl.
Incensed, Tia surrendered to the need to stamp her foot. “How dare you!”
“Just like this.” He grinned and lobbed another snowball at her, catching her on the shoulder. Bits of snow sprayed into her face and hair.
“Oh! You are in for it now, Adam Guthry!” Tia bent down and hastily formed a snowball. With unmistakable precision, she threw it at Adam, hitting him on the chin.
He spluttered and returned fire, barely grazing her arm as she twisted away at the last second.
Peals of her laughter filled the quiet December afternoon and drew Toby outside as she and Adam continued to throw snow at each other.
“Mama?” The little boy’s lip quivered. “Did you send me inside so you could play without me?”

Don't miss out on the Hardman Holidays series!


Ring in the Holidays with a Helping Hand

November 1 through December 24, ten percent of the net proceeds from all Shanna Hatfield book sales will be donated to the Justin Cowboy Crisis Fund. The JCCF is a non-profit organization that assists rodeo athletes who’ve sustained catastrophic injuries and are unable to work for an extended period. Every book purchased during this promotional period adds to the donation total. Don't forget to add books to your Christmas lists!

Convinced everyone deserves a happy ending, hopeless romantic Shanna Hatfield is out to make it happen, one story at a time. Her sweet historical and contemporary romances combine humor and heart-pumping moments with characters that seem incredibly real.
When she isn’t writing or indulging in chocolate (dark and decadent, please), Shanna hangs out with her husband, lovingly known as Captain Cavedweller.
This USA Today bestselling author is a member of Western Writers of America, Women Writing the West, Romance Writers of America, Sweet Romance Reads, and Pioneer Hearts.
Find Shanna’s books at:
Amazon | Amazon UK | Barnes & Noble | Smashwords | Apple
Shanna loves to hear from readers! Follow her online:
ShannaHatfield | Facebook | Pinterest | Goodreads | You Tube | Twitter
Make sure you sign up for her newsletter to get the latest on new releases and exclusive giveaways!
Newsletter
Posted by Shanna Hatfield at 8:30 AM