Fashion in the Edwardian Era 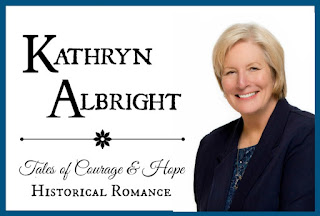 I have never been a fashion enthusiast so it comes as no surprise to me that one of the things I dislike as an author is to dress my characters. I realize it is necessary, but thinking of the words to describe a particular material for a vest or hat or blouse just makes my eyes cross! Researching the presence of a certain material (sequins in 1880?) is enough to make me turn off the computer. Considering all this, I find it particularly strange that one of my favorite times in history is the Edwardian period.

YES! That period between 1901 & 1914 that was dripping in opulence and extravagance.

How could this be?

Well, I believe my fascination with the Edwardian period came about when I first saw the ultra romantic movie Somewhere in Time. It was the beautiful clothes, not to mention the romantic leisure atmosphere at the Grand Hotel on Mackinac Island.  (Check out http://www.somewhereintime.tv/news.htm ) Flash forward to the 1997 movie Titanic. Remember the hat 'Rose' wore? Wow! I was hooked! (And worried--this was so unlike me!) 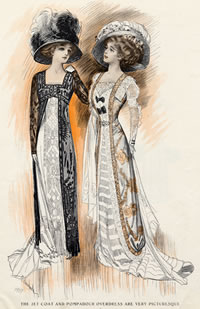 The Edwardian period is generally considered to be the years that King Edward VII reigned in the United Kingdom, 1901 to 1910 and up to the start of WWI in 1914. King Edward, in stark contrast to his mother Queen Victoria, enjoyed a lifestyle full to the brim with art, traveling, gambling and mistresses. This was the height of the British Empire. Britain led the world in finance, trade, and shipping. London was the financial capital of the world. People were prosperous, times were peaceful, and the class-system prevailed.

But there were grumblings. Society was on the brink of change and transition was starting even 'across the pond' here in the United States. 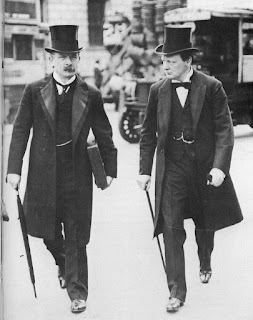 In fashion, the hourglass corset and small bustle of the early 1900s gave way to a straighter, more tubular corset (which in some cases reached almost to the knees!) Mature women more often than not preferred dressing in the full skirt and puffy-sleeved blouses of the early 1900s, but on younger women, hems inched up nearly to their ankles! The yards and yards of material it took to make a ruffled petticoat and skirt decreased. On dresses ornamental beading and jewelry became a mark of wealth. Broad-brimmed hats on women topped off full, swept-up hairstyles shaped with the help of horse-hair "rats." The hats were decorated with ribbons, feathers, stuffed birds, and netting. 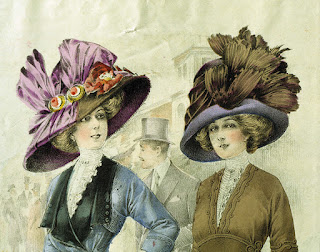 About this time, America along with Paris and London became fascinated with Japan and fashions of the time reveal this. the Kimono-style dress became popular, along with oriental silk materials. In 1910, some women wore skirts so slender and tubular that they were called hobble skirts. These were an influence from the Japanese Geisha and forced women to take short, dainty steps. 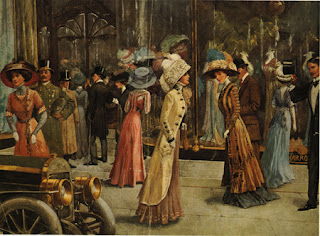 Although I would not be comfortable wearing so many layer of clothing today, I still have a fascination for this beautiful, opulent period. I have a Pinterest board devoted to the Edwardian era--mostly ladies fashions--and another board devoted to Art Nouveau from the same period. I would love to have you stop by and take a look.

Someday, I hope to set a story in this interesting time in history. I may even give in and describe a dress or hat... 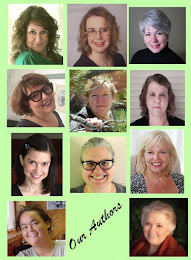