Why We Bless Those Who Sneeze

As often happens when I’m writing a new story, I clicked to a search engine to look up ONE simple fact and then get intrigued and keep clicking.

In writing Between Two Beaus, my October release in the "Keepers of the Light" series, I wanted to know what someone of Swedish and of Finnish heritage would say when another person sneezed. So, here’s your brief lesson on why we bless sneezers.

In pre Christian population, people believed their souls lived in their breath and a violent sneeze could temporarily expel your soul from your body. If your soul is gone, then the devil can sneak in and you might need an exorcism to get it out. So the God Bless You was a protection for you during that perilous time.

Sneezes were thought to be an interference by evil spirits and so a blessing of some type of spoken to invoke good spirits. Another theory is that people thought your heart stopped momentarily with the sneeze and hearing someone wish you well would start it again. Yet another theory is that the practice originated during the time of the plague when people blessed those who sneezed as a way to keep the disease from infecting them. The idea being to wish those affected good health.

No matter the belief, here are a few ways to respond to a sneeze.

Most of us know Geshunheit, which is German for health.

People in Spanish countries say salud for health for the first sneeze then dinero (money) for the second and amor (love) for the third.

Dutch is gezondheid for health for the first sneeze only.

French is â tes souhaits for to your wishes.

Finnish is terveydeski or for health.

Say prosit  when someone sneezes in Sweden (the first time only) Added detail: Swedish folklore dictates that each time you say tack (thank you) in response to prosit, a gnome will die. The word is the same in Danish and Norwegian.

In Russia people say будьте здоровы for “be healthy”.

In Yiddish the response is tsu gesunt.

After the first, the saying in Turkish is çok yaşa or“live long” and for the second sneeze, the response is sağlıklı yaşa meaning “live healthy”. But more than a simple “thank you”, the sneezer’s response to the first blessing is, “And I hope you will live to see it.” 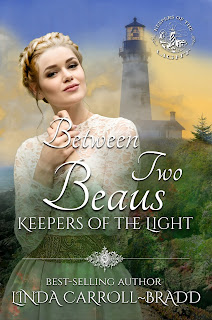 When Gala’s decision to act as a fake fiancée threatens the balance among the trio of friends, she is torn between Hal, who has suddenly shown interest, and fulfilling her promise to Bork.

The "Keepers of the Light" authors are hosting a Summer Fun and Games Facebook party on September 25 & 26 from 8AM-5PM PDT to highlight the upcoming releases. My time slot is 11AM to 2PM on 9/26. A $50 Amazon gift card will be awarded at the completion of the party on the Amazon series readers page. The first 8 titles in the series are on sale 9/25-9/26 for only 99 cents. Find them on the series page.

Posted by Linda Carroll-Bradd at 1:00 AM