Unbelievable, I know. True, nonetheless. It was an American who invented ice. 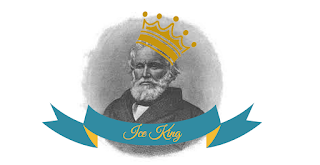 I can imagine the groans, scoffs, and snorts even of those reading this blog at those opening words. Sure, ice itself didn't spring from good old Yankee ingenuity. The demand for cold drinks and ice cream did. And it's the amazing story of a man who persevered to create an industry that no one knew they needed or wanted.

At the start of the nineteenth century while picnicing on a hot day in the West Indies, Frederic Tudor and his brother joked about harvesting ice. Where William, his brother, saw humor, Frederic saw a chance to earn a fortune. (The family was already rich. No matter, a little more money could never hurt.)

Frederic never had the ambition to do much. His Bostonian family allowed him to drop out of school at 13 and roam from then on. But ice became a passion that centered Frderic's life. For a man who never stuck to anything, he determined not to give up until the world craved cold drinks and ice cream made correctly out of ice instead of using snow. 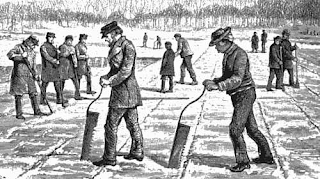 Back in New England, Tudor tried to hire a ship so he could haul ice harvested in New England back to the tropics. He received a very icy reception.

No one trusted a profit from that cargo so he had to buy a ship instead. Undetered, he sailed to Martinque with eighty tons of ice and the belief in his idea. 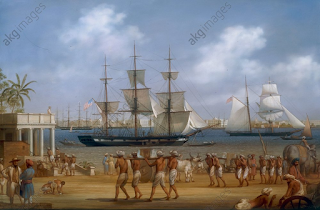 Amazingly, the ice arrived in perfect condition. It should have been a triumph except...No one wanted ice. Tudor tried hard to convince the islanders, but no one was interested. There was no desire for ice during the hot, tropical summer. They simply didn't see the need.

Quit? Absolutely not. Even though his family lost much of their money in a bad real estate deal, Frederic Tudor continued harvesting and shipping ice. He even made a profit four years later. Still, he struggled with debt for decades. No matter. The man was obsessed with making ice something everyone had to have.

By the time he died, Tudor was amazingly rich again. His company was shipping ice across the country and as far away as India. How did this happen? Tudor went to restaurants to show them how to use the product and to hospitals to show the benefit of ice for feverish patients. He offered free samples and showed people that they couldn't live without ice. 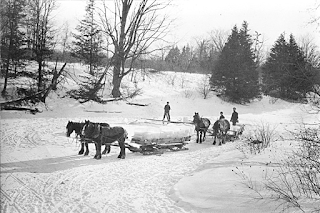 One taste and the demand began. America wanted fresh meat, milk, and produce. By the time Tudor died in 1864, harvesting ice was a competitive business in New England. It was an industry that continued growing, even during the American Civil War.

A shiftless, school drop out with no purpose in life convinced much of the world that they needed and wanted ice. He had a vision and wouldn't give up. The American dream...

For a bit of chill while you read, check out my sweet historical romance with a bit of suspsense. On sale this month for $.99. 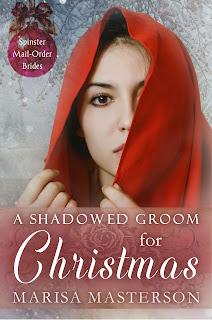 Kitty Donaldson’s marred face keeps her isolated from others. Wanting warmth and companionship Kitty gladly agrees to become a mail-order bride. No matter that her new groom refuses to leave his home. After all, she’s always lived without friends.

A mysterious fire hideously scarred Kit Randolph. Did someone purposefully burn down his home? He hides in the rebuilt house, willing only to see close friends and family. When the worst happens to Kit, his cousin Phineas suspects someone near to Kit is the murderer. How can he prove it?
Married to a man in a mask, Kitty begins to wonder about her husband. Who or what lies under the hood he wears? Why is she constantly shadowed by a companion? Worse yet, why does her mind seem to confuse her scarred husband and his handsome cousin.

What will Kitty find when her husband’s mask is removed? With a murderer on the loose, will she live to find out?