Cowboys and the Long Trail 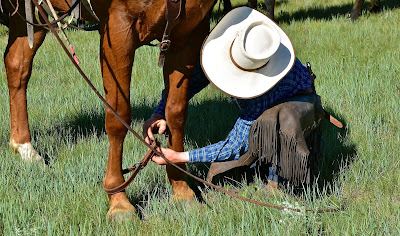 In the American West, large tracts of land were ideal for raising cattle, and southern temperatures, like in Texas made winter raising easier. But with the spring, the ranchers would drive their cattle north to stockyards and railyards in Kansas, where the train cars waited to take the cattle to different portions of the country.

Cowboys had to take weather into account, to avoid rapid moving waters that happen with snow melt. Though the spring grasses helped keep the cattle at a good weight while they moved at 12-15 miles per day. A heard of around a thousand cattle would take between 4-6 drivers as well as a Trail Boss and Chuckwagon/cook.

Overnight, they often took turns watching the cattle and the horses. To keep the horses nearby when not mounted, they often kept grazing hobbles on the horses--tying their front legs together--to restrict the horses' movements.

Raising and driving cattle was part of the yearly life for the rancher. They spent all year breeding, raising, and keeping the cattle for the once-a-year payoff that culminated in the cattle drive. During the drive, the cattle, horses, and men are most vulnerable to the elements, and timing is everything. To mitigate losses, the Trail Boss needed to be a smart strategist as well as able to command a number of men with respect.

P. Creeden is the Sweet Romance and mystery pen name for USA Today Bestselling author, Pauline Creeden. Animals are the supporting characters of many of her stories, because they occupy her daily life on the farm, too. From dogs, cats, and goldfish to horses, chickens, and geckos -- she believes life around pets is so much better, even if they are fictional.

Get her latest historical romance set in 1868 Texas: 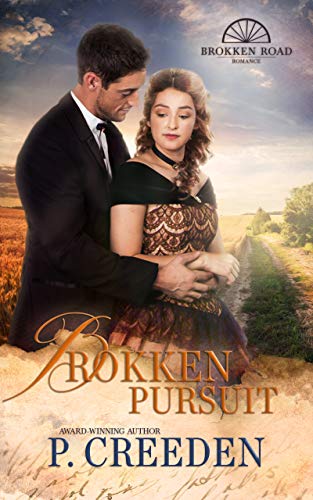