"Those were hard years," he whispered as his faded eyes filled with tears. "We were hungry most of the time, not much bread... and no clothes hardly at all."

Hard years we scarcely think of today but that impacted our country, our families and our communities; the Civil War that changed a nation and changed the way we thought about ourselves as a country.

I have in my possession, an old newspaper that contains an interview from the 1940s. This survivor of the Civil War gave the above quote. 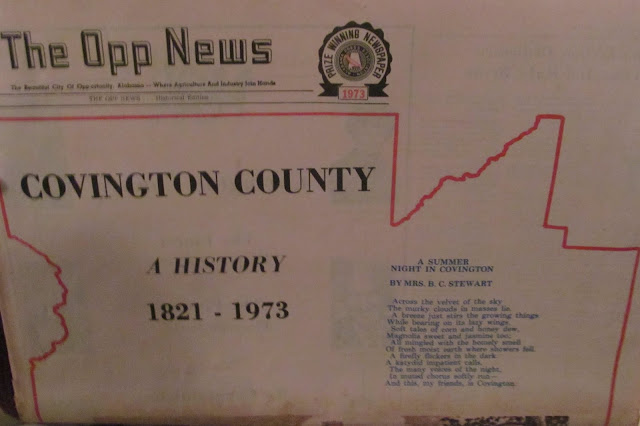 My ancestors were some of the original settlers of Covington County, and it was from here that two of my great, great uncles enlisted in the Confederacy. One was killed in battle and the other returned home.

This old newspaper gives us a glimpse of what life was like at the time, for my great, great uncles and those they left behind.

"Practically every able-bodied man and boy was involved in this great conflict in one way or another. Only mothers and wives and small children were left to tend the once productive areas... We can never know the anguish of soul suffered by the soldiers and the families they had left behind, as they longed for some word, some bit of news."

Someone asked the other day what modern convenience I would most miss. Without hesitation, I answered it would be the phone. In this day of instant communication, it's difficult to imagine the time when word from loved ones would take weeks, months, and sometimes longer. The agony of not knowing if a beloved husband or son still lived or was killed in battle had to be almost impossible to endure.

The article continues, describing the period after the war ended, "Most of the men had to get home the best way they could and walking was about the only way they had to get back at all. It's a long way from Virginia to Covington County, but the battle-weary men arrived one by one, tired, ragged, and starved, but glad to be back home again because many never returned. There was hardly a home anywhere that did not lose a father or a son."

The men returned to "frugal pioneer cabins, set at the edge of a few pitiful acres that had been hewed from the pine from the pine forest... And these farms suffered during the war years, as did the people on them. Returning men found pinched, pale faces to welcome them... They also found fences down, burned, or destroyed, often by outlaws, deserters who had banded together... Most of the houses were also in a state of disrepair. Worst of all, the planting season was far past. The forest had crept back and reclaimed many fields, and much of the work of clearing was to be done again."

But these were the sons and daughters or the grandsons and granddaughters of the original pioneers. They had the stamina-- no, more stamina-- for they had endured a war that had left them physically and mentally depleted. They again began the arduous work of clearing the fields and reclaiming the land. 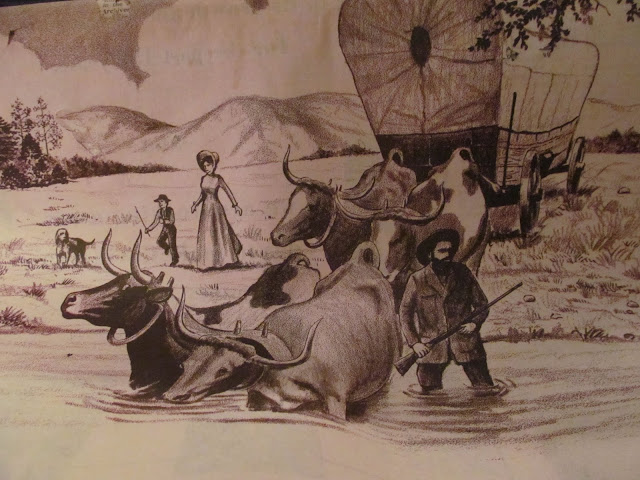 This is one of the themes we explore in the Brokken Road Romance series--the rebuilding of a town after the Civil War, and more, the rebuilding of community, the coming together of men who had fought on both sides of the conflict.

I have recently compiled four novellas from the series into one book, Brokken Tales, Kindle version, and paperback. This story tells of how both Unionists and those of the Confederacy come together to rebuild the town of Brokken, Texas. 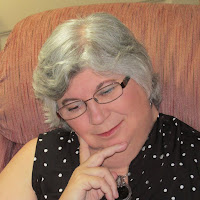 I live in South Alabama with my husband, six dogs, two cats, and one horse. I like to think of myself as a righter of wrongs, including my own, a peacemaker, a servant, a defender. A writer.

Posted by Sheila Hollinghead at 4:00 AM