The Lure of Free Land

Who wouldn't love to receive free land? Free ANYTHING? There's a FREE BOOK for you at the end of this informational post about  the early pioneers who came to Texas for free land! DOn't miss that!

From Colonial times, England granted land to Pilgrims willing to willing to cross the ocean and settle in a new land. The Spanish then Mexican governments granted free land to pioneers in the form of headlights, and some of the impresarios such as Moses Austin was given over thirty thousand acres in their quest to settle Texas.

What’s an impresario, you ask? A person responsible for bringing large numbers of folks to colonize an area--an organizer and promoter in this case--serving the government. 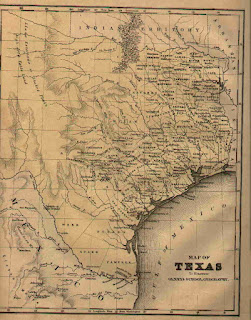 Once the Republic won its independence at the Battle of San Jacinto, the newly formed First Congress established land offices and granted land certificates through the secretary of war. Over thirty-eight thousand land claimants asked for over fifty million acres of the public domain in a span of two years.

Even though Texas had vast amounts of land, the amount to be given away kept getting reduced. Originally the First Class Headrights provided all heads of families living in Texas on the day of the Declaration of Independence—except Africans and their descendants and Indians—a league and a labor.

What’s a league and a labor, you ask? Four thousand and five acres. Single men seventeen years or older got one-third of a league which is one thousand four hundred seventy-six acres.

Second Class Headrights were granted to heads of families (two sections equal twelve hundred eighty acres—or a mile square) and single men (one section, six hundred and forty acres) who came after the Declaration of Independence, but before October 1st, 1837. 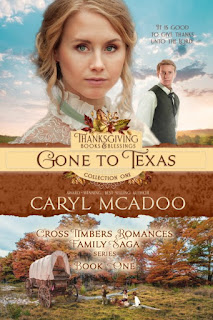 The amount of land given was cut in half again from October 1, 1837, until January 1, 1842. Six hundred forty for a family man and three hundred twenty for single men. This was the period when the pioneers in GONE TO TEXAS made their journey from Tennessee, lured by the prospect of free land.

My characters—the O’Neals, Worleys, Van Zandts, and Harrells--also bought a First Class Headright—which could be sold or traded—for market price, ending up with over six thousand acres around what is now the Dallas-Fort Worth Metroplex. Of course, in 1840, John Neely Bryant hadn’t even established the first trading post in Dallas

For the recipients to become the legal owners of this land, they were required to mark the boundaries, have it surveyed, go before the land commissioners with two credible witnesses to testify they were married (if applicable), had lived on the property for three years, and had a minimum of ten acres under cultivation for each of those three years.

Then they paid five dollars of which the commissioner got half with the rest being divided among the other members of the board. Of course, there were disputes. It got so bad in Shelby County, President Sam Houston had to send in the militia to stop the guess. 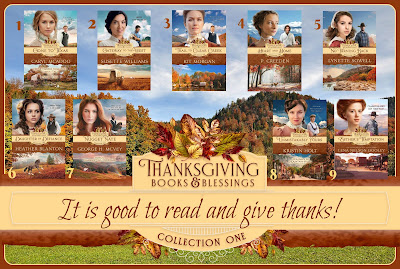 GONE TO TEXAS launches tomorrow, September 6th, in the First Annual Thanksgiving Books and Blessings Collection. It covers the journey of seventeen souls, swindled out of their life savings in Tennessee, to get themselves and their belongings to the new Republic to claim some of the free land being offered. Wrought with danger and strife, troubles and trials they traversed over six hundred miles in forty-two days in covered wagons!

And we—the other eight Thanksgiving Books & Blessings Collection authors and myself--are having a Launch Day Celebration tomorrow with GIVEAWAYS all day long! Frist join the Facebook Group of that name Thanksgiving Books & Blessings then click over and click GOING to the Launch Day Celebration that starts tomorrow at 10 a.m. and runs through 7 p.m. with new giveaways every hour!

PLUS! FREE TODAY! For all of you! Book three of the Texas Romance Family Saga (ten novels covering 1832-1951 and five generations of Buckmeyers, Baylors, and Nightingales) is HOPE REBORN! Each book is a stand-alone five-star Christian historical romance to keep you turning pages!

BIO: Caryl McAdoo prays her story brings God glory which is what she lives to do. Her 5-star novels novels are well received by Christian readers and attest to the Father’s favor and blessings. With thirty-seven titles, she loves writing almost as much as singing the new songs He gives her—listen to a few at YouTube. She and high school sweetheart Ron celebrated fifty years of marriage in June and share four children and eighteen grandsugars. The McAdoos live in the woods south of Clarksville, seat of Red River County in far Northeast Texas, waiting expectantly for God to open the next door.