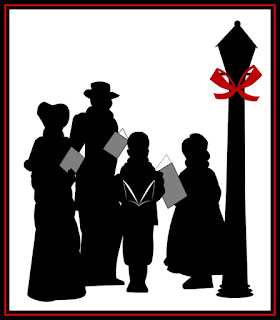 Christmas songs ~ both contemporary and traditional ~ speak to my heart. I wanted to share six Christmas songs that were written in the "Sweet Americana Sweetheart era," the time between 1820 and 1920. 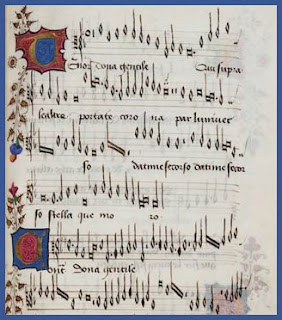 Before the 1800's, Christmas carols came to us in two different ways. They would be classical chorales or church music first. Then, sometimes years (even centuries!) later, words would be fitted to the music.Many traditional songs such as What Child is This? and The First Noel come to us in this manner. Or, it could happen the other way around. A well-loved poem would later have music added to it. (As with The Star Spangled Banner.)

In the late 1800's the production of pianos became affordable to middle class families and Tin Pan Alley and sheet music hit the American scene. 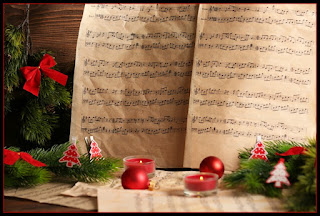 Hark! The Herald Angels Sing ~ The tune composed in 1840 by Felix Mendelssohn, the lyrics came from a hymn written in 1739 by Charles Wesley.

It Came Upon a Midnight Clear ~ was a poem by Edmund Sears in Massachusetts, first published in a church magazine 1849. It was adapted to music a year later by Richard S. Willis.

Oh, Little Town of Bethlehem ~ Written by Phillip Brooks, a well-known preacher in Philadelphia 1868. Lewis Redner set the words to music for the church’s children’s choir that he managed.

I Heard the Bells on Christmas Day ~ A poem entitle Christmas Bells written in 1861 by Henry Wadsworth Longfellow and set to music in the 1870s by John Baptiste Calkin. In 1940 the poem was set to new music by Johnny Marks and that is how we know it today.

Away in a Manger ~ Published 1887 in a collection called Dainty Songs for Lads and Lasses. The lyrics came from a poem in a children’s Sunday School book published several years earlier in Philadelphia.

Of these songs, I think the most poignant story behind the song is with Longfellow’s Christmas Bells poem. His wife had died in a house fire in 1861 and he was in the grip of depression. Also that year, 1861, the Civil War had begun. His oldest son enlisted and left for the war in 1863. (He was severely injured and returned home.) It was on Christmas Day of 1863 that Longfellow wrote the poem of a hope that prevails as long as there is Christmas and the promise of new life.

What is your favorite Christmas carol or song? Comment for a chance to win an autographed copy of Christmas Kiss from the Sheriff. 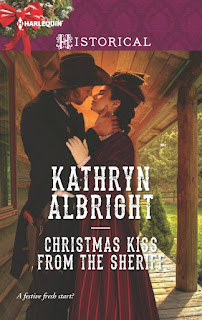 Gemma Starling travels two thousand miles from her former life to flee a crime she committed. As the new schoolteacher in Clear Springs, she tries to blend in, but the new sheriff is not so easily deceived.

When her life is threatened, he realizes that his personal feelings for her have far surpassed his professional responsibilities for the case. He can’t lose her…yet does he even know who she truly is?