When Nature Called...Have You Ever Wondered?

So, today’s post may be a bit more “delicate” and perhaps a little off the beaten path…but sometimes someone asks you a question that gets your mind thinking, and no matter how hard you try, you can’t rest until you know the answer.

In my years of reading historical romance, there have been so many neat little things that have been mentioned in the stories that really take you back to the place and time.  You can find yourself lost in the era of the story, and imagine the details of what is happening around you. 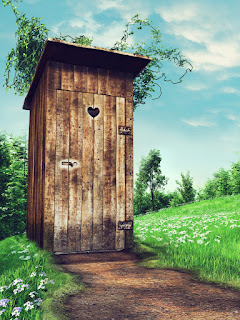 One of these facts, of course, is the characters using the “privy”, or the washroom as we now call it.

The other day, while speaking with someone (who I will leave anonymous to save her the embarrassment), who said while she was reading her many historical western books, she admitted she did sometimes wonder what they would have used to clean themselves before the invention of toilet paper.

Of course, as soon as she mentioned it, it got myself thinking about it too.  We all know that people would use leaves, paper or whatever else they could find, but I couldn’t help thinking that maybe there was something else.

Well, after doing some snooping around on the internet, I discovered that yes, paper was used, and anything else that was nearby when nature called.  If you were outside, you used leaves, sand and whatever was laying near you.  And, yes, sometimes people would grab the wrong leaves and use poison ivy - something they most likely only had to learn once.

In outhouses, paper could be used, and in fact the old farmers almanacs had a hole in the top corner to be hung easily in the bathrooms so they’d always be on hand.  Sears catalogues were used, but their use declined in the 1930’s because it started to be printed on glossy paper which didn’t work as well. 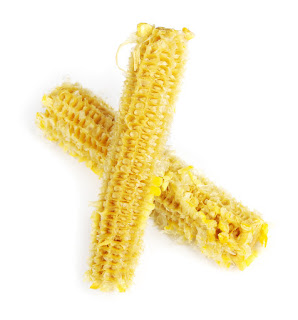 Another common item that was used was a corn cob.  I can’t even imagine…but apparently this was a much used practice.

It was around 1857 when a man named Joseph Gayetty came up with a product that would be used as toilet paper in America.  It sold for around $0.50 a pack, and there were 500 sheets per pack.  The sheets were moist and soaked in aloe, but they didn’t become very popular, most likely because in today’s terms, it would have been around $12 a pack.  And, many people didn't see why they should pay when they could freely use whatever they had available around home.

The Scott brothers - Edward, Clarence and Thomas - came up with a different and more cost effective toilet paper about 10 years later, that weren’t moist or soaked in aloe.  Their product was a softer paper, however was most often full of splinters.

I was quite surprised that it wasn’t until quite recently that toilet paper actually “took off”, most likely due to the paper now being advertised as “splinter free” in the 1930’s.

So, I realize that our books are telling the romantic tales of life back in the old west, but surely there were more people out there who have had the odd niggling thought - “What exactly did these pioneers use before the invention of toilet paper?”

And, if you never did before - I’m quite sure now you will.  But, at least you will already know the answer :)

**I found most of my information from the following sites... 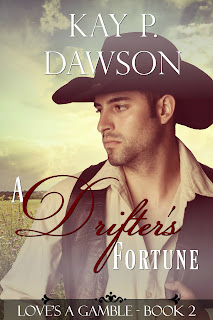 Click the links below to see the books by Kay P. Dawson, including her latest release in the Love's a Gamble Series, "A Drifter's Fortune"