Whenever I think about the Old West, particularly how it pertains to the area where I live, I can't help but think about Porter Rockwell. 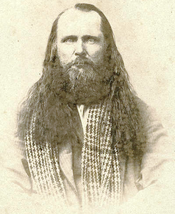 Porter was just a bit of a wild man who lived in Joseph Smith's hometown during the time that Joseph Smith was organizing The Church of Jesus Christ of Latter-day Saints. In fact, he was so committed to helping Joseph produce copies of The Book of Mormon that he picked berries to earn money to pay for the printing. He became one of Joseph's bodyguards, and later was a lawman in Utah Territory. He was a Christian, no doubt, but he killed more outlaws than many of the lawmen of his day combined, and was known as the "destroying angel." This he did while upholding the laws of the land, as he said that he never shot anyone who didn't need shooting.

Stories of Porter Rockwell abound - he kept the Prophet safe on more than one occasion and stood accused of many crimes he didn't commit. He was accused of the attempted murder of Governor Liliburn Boggs, but Joseph Smith insisted he hadn't done it. When asked how he could be so sure, Joseph replied, "He's still alive, isn't he?" as Porter was famous for his shooting skills.

He was promised by the Prophet that if he never cut his hair, his enemies wouldn't be able to touch him, and there are several stories of times when he was attacked, but was uninjured. If you're looking to learn about a colorful character from the Old West, he's your man.

Not too far from where I live, there's a restaurant called Porter's Place that has been set up in a great Western style to commemorate the man and his legacy. It's located on Main Street in Lehi, Utah, not far from where Porter served as deputy marshal.

When bestselling Western romance author Kirsten Osbourne came to visit me this last summer, we went to Porter's Place for dinner. Here are a couple of the pictures we took. 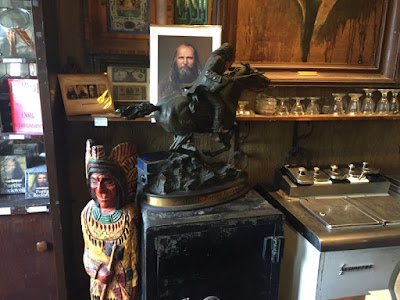 A portrait of Porter Rockwell, as well as a statue in commemoration. 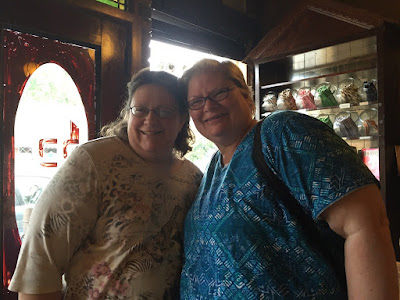 Kirsten (right) and I at the restaurant. 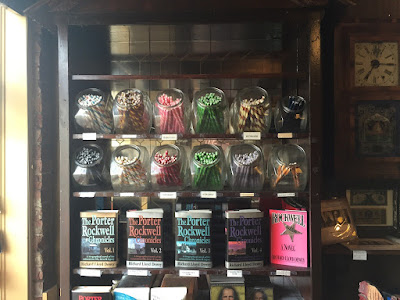 Display of old-fashioned candies as well as several books
written about Porter Rockwell.

You can learn more about Porter by hitting the Internet or grabbing a book. One thing's for sure--you'll definitely be entertained.

***
Amelia C. Adams has been having far too much fun lately researching horrible diseases and how to treat them for her Nurses of New York series. (You never know what authors will find fascinating.)

She spends her days frittering and her nights writing and editing. You can learn more about her at www.ameliacadams.com.
Posted by Amelia Adams at 6:47 PM