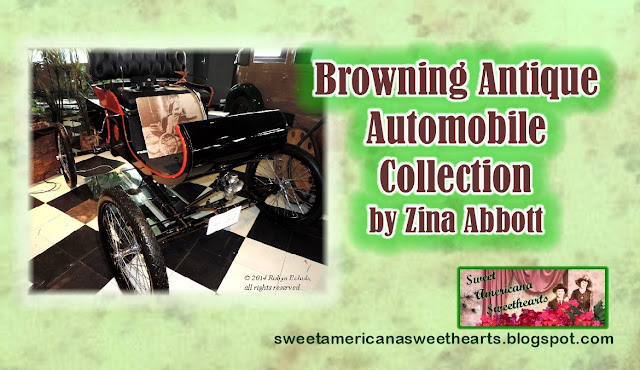 A couple of years ago I toured the Union Station in Ogden, Utah. This building is the home to several museums including the Browning Antique Automobile Collection. 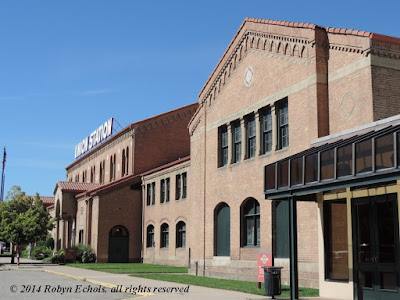 I took photos of several old cars, as did my husband. A lot of the engine shots are his. I am not sharing all of the autos in the collection in this post, but only a few of the older cars, those that were available during the first few decades of the 1900’s.

To give a brief summary, the automotive industry in the United States started in the 1890’s. The cost of the first cars were such only the well-to-do could afford them. Jan 1903, Ford introduced the Model A. Ford introduced the Model T in 1908, the same year William Durant formed General Motors. But, they were not the first company to offer cars the middle class could afford.
The oldest car in the collection is this 1901 Oldsmobile. Here I have transcribed the detail in the description since it is rather small to read:

Olds Motor Vehicle Company was organized in Lansing, Michigan in August 1897.The curved-dash Oldsmobile was the first mass produced vehicle in the world. Production increased yearly to 6,500 by 1905, then declined until production ended in 1907. This car started to put “America on wheels” because it was within the reach of the middle class. The song “In My Merry Oldsmobile” was written to promote the sale of this car. This car has been reported to be the “Oldest registered car in Utah.” Some accessories for the car are a rear facing back seat and a buggy top made of either leather or rubber cloth.

By the end of the 1920s the American automobile industry was dominated by three large companies: General Motors, Ford and Chrysler. Here are a few other vehicles from the Browning Antique Automobile Collection: 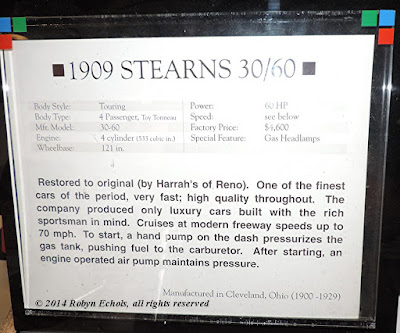 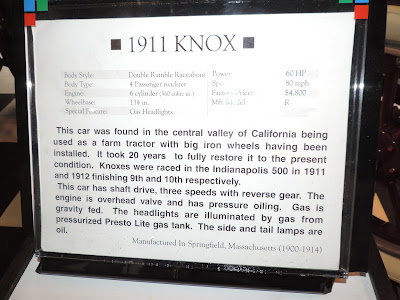 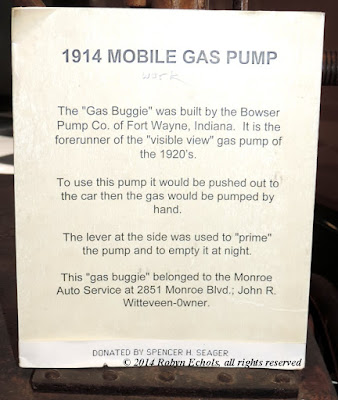 And last but not least, a Pierce-Arrow: 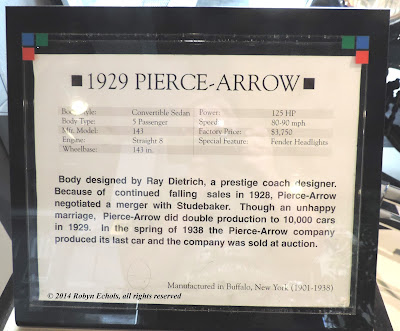 Zina Abbott is the pen name used by Robyn Echols for her historical novels. Her novel, Family Secrets, was published by Fire Star Press. Her novelette, A Christmas Promise, and the first four novellas in the Eastern Sierra Brides 1884 series, Big Meadows Valentine, A Resurrected Heart, Her Independent Spirit and Haunted by Love were published by Prairie Rose Publications. The fifth book in the series is due out soon.

Posted by Zina Abbott Author at 1:32 AM