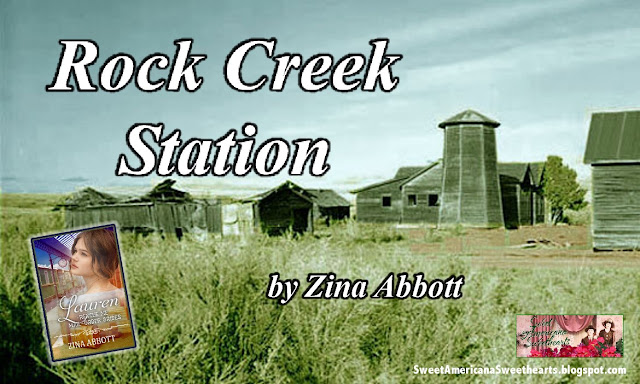 The more I attempt to delve into Rock Creek Station, the more discrepancies I find. Much of my information comes from the Wyoming Tales and Trails website. Other sites refer to places with Rock Creek in the name, also indicating they are early stagecoach stations in Wyoming Territory. It also seems that, although the original Rock Creek Station built in 1860 was destroyed by Indians, another, which became the town by the same name, was founded in 1867.


The railroad reached Rock Creek in 1868, and the town became an important junction for freighters and stagecoaches heading north. It was the principle point of shipment for supplies for Fort Fetterman and Powder River Country.

At the town's height, during cattle shipping season, a 100 car loads of cattle would be shipped out every day. Some 175 teams of freighters customarily shipped out from Rock Creek northward. With all of the freighters in town, Rock Creek could be rough.

The 1880 census for Rock Creek shows a total population of ninety-one. At its height, Rock Creek supported five saloons, but no churches. The stage trip to Custer City took three days. The town also boasted a railroad depot, post office, the stage station, two mercantile establishments, stockyards, and a school.

The town had two hotels, one of which belonged to the Thayer family. Although one source listed it as Governor John Thayer’s hotel, it appears the establishment was run by the son of the former governor of Wyoming Territory, who was also named John Thayer. John Thayer's hotel received mixed reviewed in contemporaneous guidebooks. The 1881 Pacific Tourist described the dining room:

The dining-room is beautifully decorated with flowers, vines and horns of game, a pretty Bay window with blooming flowers and walls covered with vines, and the display of hanging baskets, making the meal one of the most agreeable on the rood. 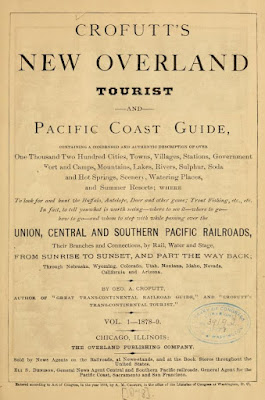 The 1880 Crofult's New Overland Tourist, a travel guide, shared the following details about the hotel: The trains paused only 30 minutes for meal service "which is ample time, as the meals served are not the best on the road; however, the fossiles [sic] are k-urious [sic]." However, the dining room must have done a good business, since the hotel employed 5 waiters and 3 cooks.

With the coming of railroads to Montana and interior Wyoming, stage and freight business northward was discontinued. By 1899, the town was essentially abandoned, and the Union Pacific purchased the town at a judicial sale.

The reason Rock Creek Station registered on my radar was because of an event that took place in December of 1878. After a failed train derailment in August 1878, which had been set up with the expectation of robbing the Union Pacific train outside of Medicine Bow, the gang, which included Dutch Charley, were tracked down by two lawmen: Carbon County Deputy Sheriff, Robert Widdowfield, and Union Pacific Railroad Special Agent, Henry “Tip” Vincents. The two lawmen were ambushed and killed. The gang disbanded and went their separate ways.

Dutch Charley formed a new gang in September. Around the first of December, he decided to rob the train as it crossed Rock Creek north of Elk Mountain and also to rob former governor John Thayer's hotel at Rock Creek Station. It was decided to send someone to the town to check out conditions. Frank Howard was sent to gather information and return and report. He had a change of heart and decided to confess all to Mr. Thayer. John Thayer then contacted former Albany County Sheriff Boswell (who ended up being reelected the next year). Boswell formed a private posse by offering a $250 bonus upon the capture of the gang, which took place on Christmas day, 1878.

It was the above details that prompted me to include Rock Creek in my latest novel, Lauren, Book 2 of the Rescue Me (Mail-order Brides) series. This book was released today. Details of the book description and purchase options may be found by CLICKING HERE.
Posted by Zina Abbott Author at 7:49 PM