A look back at 19th Century Family Medicine by Kimberly Grist 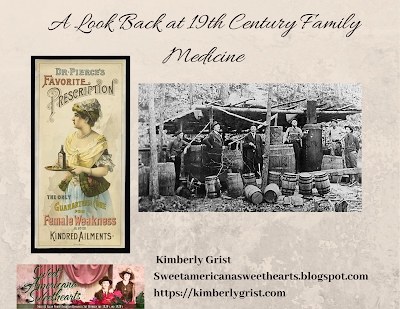 As I was researching healthcare in the 19th century, I ran across some interesting articles that were actually advertisements for "Dr. Pierce's Golden Medical Discovery Pills," Dr. Pierce's Favorite Prescription Tablets," and Dr. Pierce's Pleasant Pellets," which were peddled for all sorts of "female ailments" like hysteria, fatigue and menstruation pains. 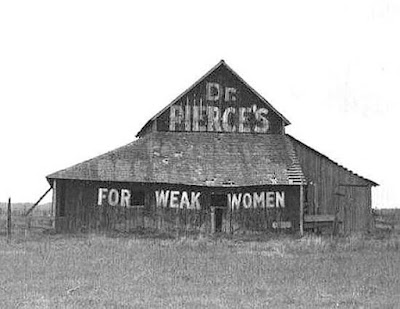 In the late 1800s and early 1900s, Dr. Ray Pierce became famous for his patent mail-order medicines. They were advertised widely and sold directly to the public. 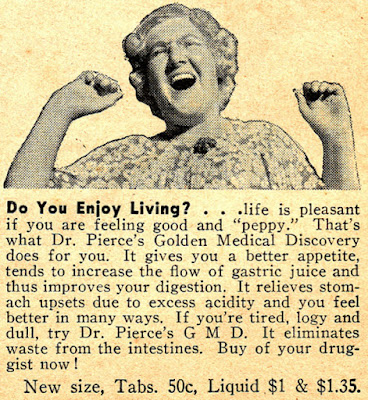 A graduate of The Eclectic Medical College of Cincinnati in 1862, Dr. Pierce had the ability to market and sell his medicines by describing illnesses and their symptoms with medical terminology. Many of his elixirs contained opium until the mid-1890s. 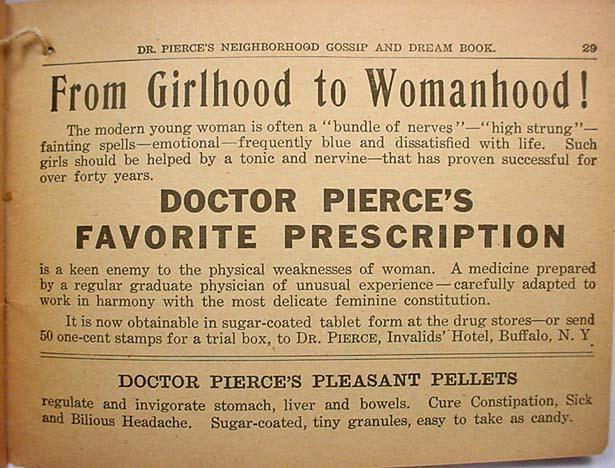 Pierce promoted his concoctions through his book, "The People's Common Sense Medical Advisor," which was primarily an advertisement for his products and included testimonials from patients whose claims of cures convinced millions of people to try his remedies. 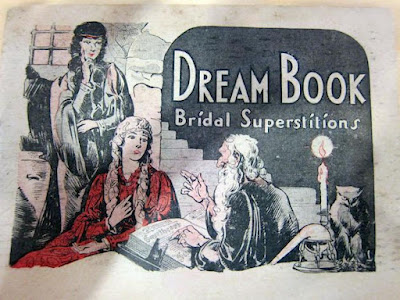 NY: World's Dispensary Medical Association, 1920. 32 pp, illustrated, with most of the pages given to advertising for Dr. Pierce's Invalids Hotel and various medicinal products.

Alcohol for Medicinal Purposes
During the 19th Century, Alcohol was used in various forms as medication for various ailments, including cough and snake bites, and was the main pain-killer used in surgery. 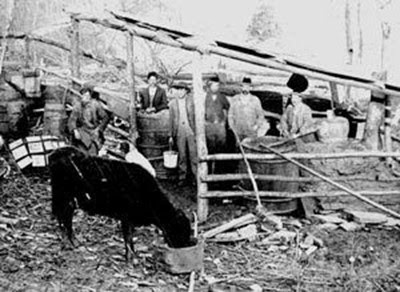 Many farmers produced alcohol as a cash crop, which was in itself not illegal, but after the installation of the IRS and by 1865, the tax on alcohol was two dollars per gallon, up to twelve times the cost of making liquor. Many farmers found it cheaper and easier to transport corn as mash to feed livestock or use in the distillery business and refused to discontinue distribution or pay the tax. Such people became known as “moonshiners” because they operated their illegal stills at night.

Bethel: Runaway Brides of The West - Book 18
While researching the luxury tax implemented in 1862, my imagination took flight as I considered what it might have been like to be a young woman living in a state left destitute by the war, with few resources. What choice might I have made if my family's next meal depended on the revenue earned from Apple or Peach Brandy and corn liquor? Life as a bootlegger wasn't easy. What extreme measures would you have taken to avoid being caught or escape?
New Release: Bethel