GIVE 'IM A GOOD DOSING! by Marisa Masterson 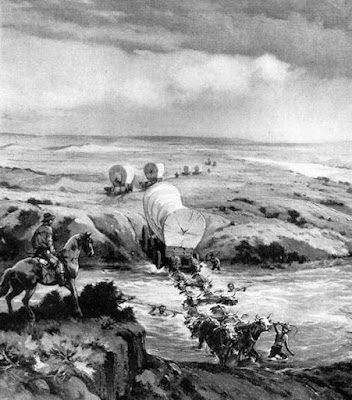 Oh, the wisdom of the older generations! Once upon a time, children were given cod liver oil daily. Now fish oil is a huge industry since it contains important nutrition to keep a body healthy.

For those traveling overland on trails during the nineteenth century, common sense and herbal medicine replaced a doctor. Most wagon trains didn't have a physician along so they relied on folk healing.

Stomach complaints were a problem on the trail. Constipation was as common as diarrhea, maybe more so. Dysentery happened when people dug holes along the river bank to find water, perhaps because of droughts. It also struck when people drank alongside of the animals or got brackish water from marshy areas.

Most any stomach complaint received the same medicine. A bottle of castor oil was a must on the trail. This old-fashioned treatment would push through whatever was causing the problem. At least that's what people believed.

Excerpted from my newest release, Glory--

By twilight, Pa’s face took on a gray cast. Enid shook her head and tsked. “I gave him castor oil. Gettin’ the bad stuff out shoulda made him better. Most people feel sorta weak but relieved in their innards.” Her head shook from side to side. “It’s like whatever took hold of him is mighty powerful.”

Lee erected the tent Arnie Simms used every night. Enid was confident that there was nothing catching inside it. After all, it was only a piece of tarp over a rope. The front and back were open so air moved through it freely. No bad air could be trapped inside it.

He gave the tent a doubtful look after tying off the rope. “It don’t look very comfortable, Glory.”

She shrugged slightly. “It won’t matter. I’ll be inside the wagon with Pa.”

“Oh my!” Enid’s exclamation drew both of them to the end of the wagon. The older woman held up a work-roughened hand. “There’s more’n a stomach upset plaguing ‘im.”

Part of the novel's mystery depends on what has happened to Glory's father. I won't give away whether or not the castor oil treatment works.

If you'd like to read further about medicine on the overland trails, check out this blog. I used it when I researched for the novel. https://www.legendsofamerica.com/disease-death-overland-trails/. 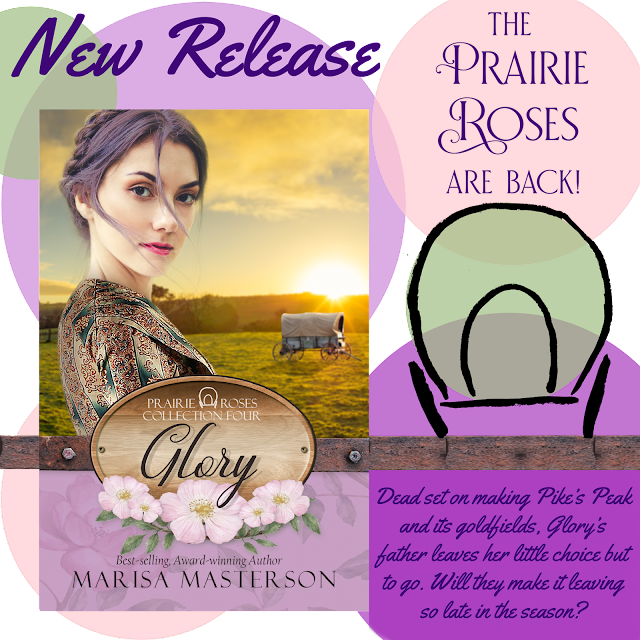