Some months ago, author Pam Crooks invited me to be part of a multi-author project, "The Love Train" with nine other talented authors. All sweet western historicals, the couples meet on the Union Pacific, their fledging romance aided by a matchmaking conductor, a baggage handler, and a dog named Scruffy. Their stories would then move to a town, city, or ranch.

Never having been part of a project of this sort, I agreed...whole heartedly!
It's 1872, and my heroine, Ainsley MacKenzie, is traveling aboard the Union Pacific from Boston to New Hope, Kansas to visit her brother and his family for the Christmas holiday. If you read Brides of New Hope, you'll recall that Eli and Lessie MacKenzie play an integral part in the series.
Raised in a gracious, aristocratic Bostonian family and accustomed to the finer things in life, Ainsley needed a trunk or two or maybe six to hold all her necessities.
Thus, let the research begin...

History of the Steamer Trunk
From 1870 to 1925, steamer trunks rose in popularity initially because of the railroad's expansion in the United States that created the notion of fast, modern travel. But steam ships quickly came to the forefront because of the speed with which they could cross the Atlantic. Consequently, the steamer trunk was created to carry those all-important personal belongings onboard the ship for long voyages.
By the 1920s, steamer trunks had started to go out of fashion. They were replaced with larger trunk models that would act as a wardrobe and more modern luggage choices.
Construction
Trunks were generally made of a pine or metal box and covered with leather, vellum, waterproof paper, wood slats, canvas or animal hides. Some were bound by metal bands for strength, while other had detachable leather straps with buckles. Most trunks had a sturdy handle at each end for easy transportation.
High-end steamer trunks--similar to the variety Ainsley MacKenzie might have used--had unique designs blended into the material. Most of these trunks had inside trays, hangers, or compartments making them more functional for storage or placement of personal items, such as parasols or jewelry. Considerably more expensive, these trunks needed more craftmanship. 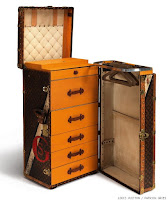 Popular Styles
Like most things during the Victorian period, trunks began with a simple construction but soon featured a variety of different designs
The Dome Top
Because of its ornate design and cost, the dome top trunks were mainly owned by the wealthy. It would have been purchased for a bride on her wedding day or used in the home to store valuable items. 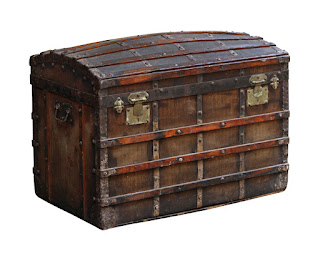 The Bevel Top
The bevel top trunk could have been either flat or domed, but it had more ornate beveling on the top. These would have been practical for traveling, because you could stack them if they were flat. While still expensive, they were used by more middle-class travelers who could afford a little bit extra ornamentation. 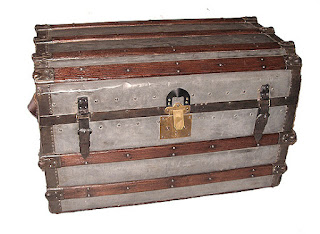 Monitor Top
A monitor top trunk is flat but with rounded edges. Some were very ornate, while others were plain. They varied both in hardware and in price. They provided more space than the flat top trunk, but still would have been practical. 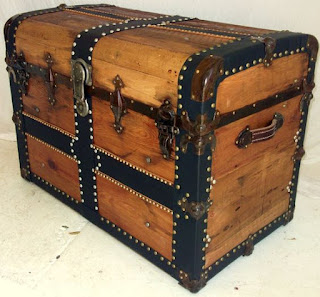 Saratoga Trunk
Named after Saratoga, New York, these trunks were larger with numerous decorative touches in their design. They were covered in metal detailing or decorative leather. Plus, they had large compartments for personal belongings. One of the fancier options, they were the reflection of wealth and affluence of their owners. 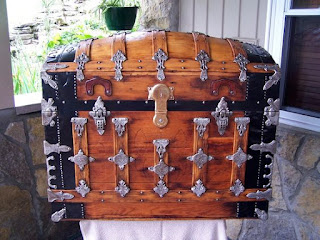 Steam Trunk Manufacturers
Most trunk manufacturers didn't inscribe their trunks with a mark, and those that did, the simple paper marking did not last.
However, some of the more reputable manufacturers designed and installed proprietary hardware. Martin Maier of Detroit, Michigan was one such manufacturer. He used cast iron hardware, hinges, and decorative tin corner pieces. On most of his trunks, two M's were stamped into the metal hardware. His trunks were easily identified by their rounded oak slats, each specially fitted, and hand turned. 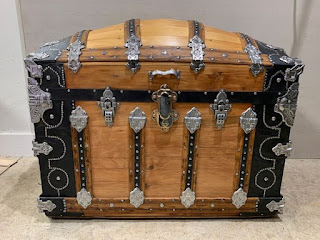 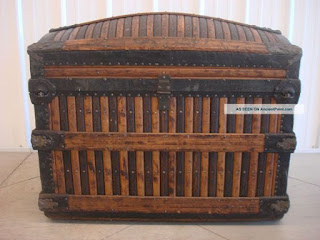 Other popular, high-end trunk manufacturers of the time were M.M. Secor, Goyard, and Louis Vuitton...yes, that Louis Vuitton! 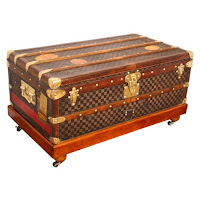 Many of the middle- and lower-class travelers opted for more affordable trunks manufactured by Moynat, Malloy, Oshkosh, and the Shwayder Trunk Company.
An Interesting Steamer Trunk Fact
Steamer trunks were recovered from the wreckage of the Titanic and documents were found intact inside their oxygen starved compartments!
Presently, antique steamer trunks are a high sought-after find in thrift stores or antique shops. You can often find these "resting travelers adorning the center of a living room or housing antique quilts in a bedroom.
Can you imagine the adventurous, wondrous tales they could tell?
******************************
Books by Jo-Ann Roberts 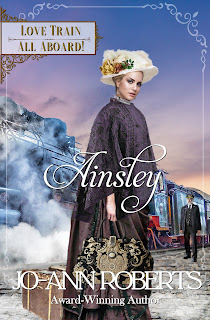 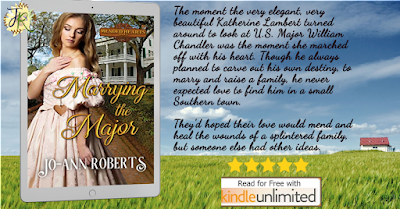 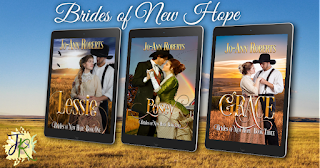