THE HISTORY OF VALENTINE'S DAY - By Annee Jones 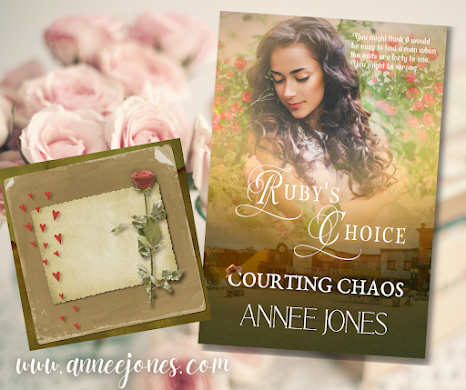 THE HISTORY OF VALENTINE'S DAY

My new historical western romance, Ruby's Choice, is based on the history of Valentine's Day.  How did the annual custom of exchanging handmade cards and other tokens of affection on February 14 originate?  The truth is that no one really knows all the details, but it appears that the holiday is based on a combination of factual information as well as legend and ancient myth. 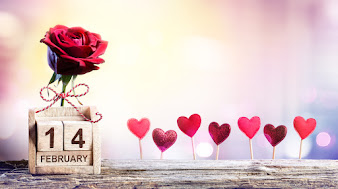 The Catholic Church recognizes at least three different saints named Valentine or Valentinus, all of whom were martyred.  One story goes that in the third century in Rome, Emperor Claudius II outlawed marriage for young men because he decided that single men made better soldiers on the battlefield.  A priest named Valentine disagreed and defied the emperor by performing marriage ceremonies for young lovers in secret.  When his actions were discovered, Claudius had him beheaded. 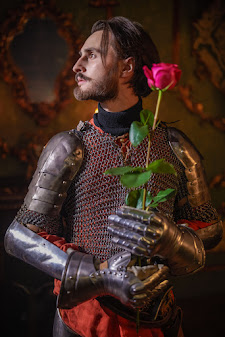 Others believe that Pope Gelasius I designated Valentine’s Day as a holiday to replace the pagan festival of Lupercalia which was a celebration of fertility dedicated to the Roman god of agriculture, Faunas, and the mythological founders of Rome, twin brothers Romulus and Remus.  Roman priests would make an animal sacrifice – typically a goat – and then go through the streets touching the blood-soaked hides to young single women, believing that this custom would make them fertile.  Following the ritual, the women’s names were placed in a jar and the city’s bachelors would draw them at random to make a match.

Another legend has it that a Catholic priest named Valentine was imprisoned by the Roman emperor and during his confinement he fell in love with the jailor’s daughter who came to visit him.  It is said that he wrote the first “valentine” himself because he wrote her a letter before his death and signed it, “From Your Valentine.” 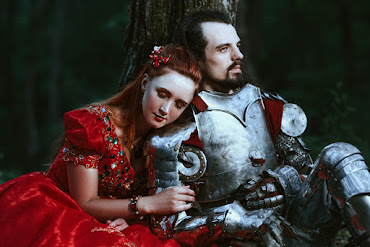 Still other researchers believe that the true namesake of the holiday was Saint Valentine of Terni, a bishop – who was also beheaded by Claudius II.  Although most of the facts that underlie these legends remain largely unknown, as you can see, each of these tales emphasizes that the character of the person named Valentine was sympathetic, moral, and heroic – in other words, romantic.

The idea that the middle of February was a time of romance arose during the Middle Ages.  In England and France, February 14 was considered the beginning of birds’ mating season.  This is where the term “lovebirds” comes from.

The English poet Geoffrey Chaucer was the first to record St. Valentine’s Day as a day of romantic celebration in his 1375 poem “Parliament of Foules,” writing, “For this was sent on Seynt Valentyne’s day / Whan every foul cometh ther to choose his mate.”

It is believed that King Henry V hired a writer named John Lydgate in the 1400s to compose a valentine note to Catherine of Valois.

Common symbols of Valentine’s Day include hearts, doves, roses, and an impish naked cherub named Cupid who supposedly launches invisible arrows of love at people to make them fall in love.  The Roman God Cupid has roots in Greek mythology as the Greek god of love, Eros. According to the ancient Greek poets, Eros was handsome immortal who toyed with the emotions of Gods and men.  He used golden arrows to sow love but traded them for leaden ones when he to incite aversion. 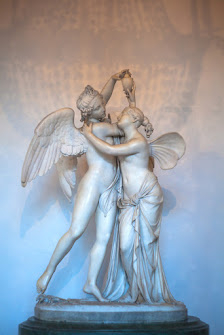 By the middle of the 18th century, it became common for friends and lovers of all social classes to exchange small tokens of affection or handwritten loves notes on St. Valentine’s Day. In 1797, a British publisher issued The Young Man's Valentine Writer, a book containing scores of suggested sentimental lines and poetry for the young lover unable to compose his own.

Postal reforms in the mid-1800s, including the invention of the postage stamp, made it possible to mail love notes rather than giving them to one’s object of affection in person, or asking someone else to give it to them.  This made it even more possible to send greetings anonymously – hence giving rise to the “secret admirer.” 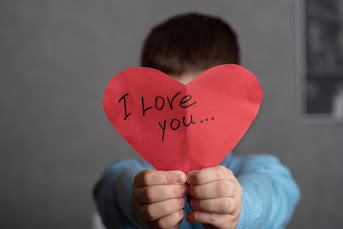 In the United States, people began exchanging hand-made valentines in the early 1700s.  In the 1840s, a woman named Esther A. Howland (1828–1904) in Massachusetts began making elaborate greeting cards with lace, ribbons and colorful pictures called “scrap.” She was inspired by an English valentine she had received from a British business associate of her father, who owned a large stationery and bookstore.  At first, Ms. Howland imported her art supplies from England, but then began experimenting on her own with designs and materials.  Her father was able to mass-produce her finished creations, which she then sold.  In 1847, her business sold the first mass-produced valentines in America.  Since 2001, the Greeting Card Association has honored exceptional greeting card designers with an annual "Esther Howland Award for a Greeting Card Visionary.”

1.     In 2020, approximately 27.6 million American households gave Valentine's Day presents to their pet dogs, and more than 17.1 million bought gifts for their cats.

2.     The Valentine's Day gift that people spend the most on is jewelry – in 2020, people spent $5.8 billion in jewelry for the holiday according to the National Retail Federation.

3.     The first heart-shaped box of chocolates was introduced in 1861 by Richard Cadbury, the son of John Cadbury, the company’s founder, who started packaging his chocolates in fancy decorative boxes to increase sales.

5.     Ever wonder where those conversation heart candies came from?  A Boston pharmacist named Oliver Chase invented a machine that simplified the way medical lozenges for sore throats were made.  The result was America's first candy-making machine, since Mr. Chase shortly after inventing it shifted his focus from making medical lozenges to candy.  He founded the New England Confectionery Company (NECCO), and the candies became known as Necco wafers.

6.     In 1866, Oliver's brother, Daniel Chase, started printing sentimental messages on the Necco sweethearts, though these candies were bigger than the versions we have today — and featured much longer printed sayings and phrases.  Some of the first messages included:  "Married in white you have chosen right" and "How long shall I have to wait? Please be considerate.

8.     Today, according to the Greeting Card Association, an estimated 145 million Valentine’s Day cards are sent each year, making Valentine’s Day the second largest card-sending holiday of the year (the first is Christmas).

9.     The origins of the signature “XOXO” (hugs and kisses) arose in the Middle Ages, according to the Washington Post.  During those times the “X” symbolized the Christian cross.  It became common for people to end their letters with the sign of the cross and an “O” as a kiss signifying an oath.  XOXO came to mean “sealed with a kiss.”

Sources for this Article: 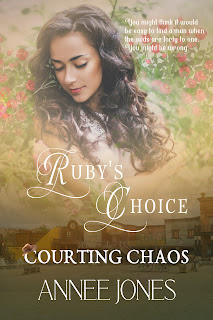 20-year-old Ruby Gale has a secret. After all, unmarried women in 1895 can't be too careful. Especially when it comes to matters of business - not to mention the human heart.

After the untimely deaths of their parents at a young age, Ruby is grateful for her older brother Simon, a prominent attorney in the small town of Divine, CO, for caring for her during her formative years. However, now that she's reached 20 years of age and is looking towards marriage, Ruby wishes he could see her as the woman she's become instead of the child she once was. Eager to take on the responsibilities of adulthood, Ruby agrees to invest in a greeting card business with several of the other ladies she knows in town.

Valentine’ Day is just around the corner, so the timing couldn’t be better. However, because some of the married ladies suspect their husbands may not welcome the idea of their wives working, it’s decided that the card-marking activity will take place under the guise of tea parties to avoid suspicion.

The talk amongst the unwed members of the group - including Ruby - soon turns to prospective beaus and secret crushes and suddenly unsigned valentines begin showing up in the hands of the most eligible bachelors all over town. Rumors and speculations abound, and everyone thinks they know who’s sweet on who. Suddenly, Ruby not only has to sort out the identities of the secret admirers, but also answer the question of which man to give her own heart - and why. 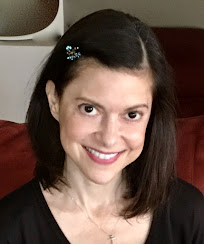 Annee Jones is a heartwarming romance and soon-to-be cozy mystery author who enjoys sharing her heart and imagination with others.  She is passionate about writing stories that offer readers a place where dreams come true!