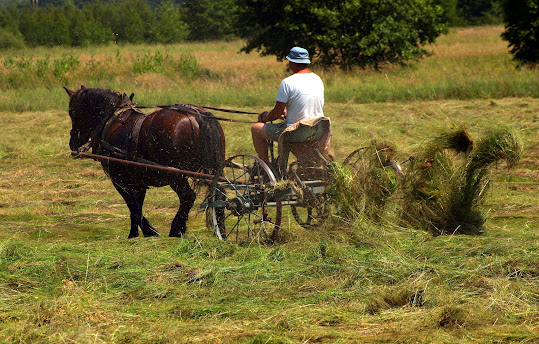 “Don’t blink as you go through Canyon Gulch. It’s a one-horse town.”

This is a phrase that you might hear often while watching westerns. A one-horse town is a small town—so small that it would need only one horse to suit the needs of all it’s people. Of course like many idioms, it’s an exaggeration.

The saying got its origin in farming. If a farm was small enough that it only needed one horse to pull its plow and operate it’s cart, then it was a small farm. This saying was expanded to towns in the 1800’s western expansion. And often has the negative connotation of meaning poor or boring, as well.