Americans hold a fascination with the Underground Railroad. A few years ago, a TV series titled Underground ran for a couple seasons. Then Colton Whitehead’s book The Underground Railroad won the Pulitzer and National Book Awards. The book is now a series on Amazon Prime that I anticipate watching. Plus recently a series was done on Harriet Tubman’s life. I read the afore-mentioned award-winning book plus a non-fiction title called The Underground Railroad from Slavery to Freedom.
But the research book that struck me the most was one called Hidden in Plain View: The Secret Story of Quilts and the Underground Railroad. How the book came to be is fascinating because it started with a happenstance meeting in 1994 between an historian named Jacqueline Tobin and an elderly Black woman, Ozella McDaniel Williams, selling quilts in a market building in Charleston, South Carolina. Jacqueline recorded Ozella’s stories of how quilts with messages sewed into the patterns had been used in the U.S. underground railroad and that the tradition came from slaves’ native African countries where the whole cloths themselves contained symbols. Most of us learned about symbols—a particular shape of a weather vane, a lit or unlit coachman’s lantern at the end of a lane, or a painted design over the door of a barn—escaping slaves were told to look for. Or that they used the Big Dipper constellation (the drinking gourd) to guide their path. 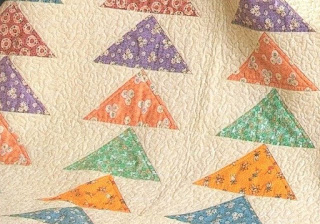 What was shared with Ms. Tobin was how quilts set in a prominent place (a fence rail, a clothes line, an upstairs window) and in a certain position helped escapees along the trail. A quilt of a certain pattern (Jacob’s Ladder was renamed the underground railroad pattern) hung meant the slave had reached a safe place and would be sheltered for the night. A pattern like Flying Geese with multiple triangles could be positioned to point toward the safest route. The Bear’s Paw pattern told of following bear tracks through a mountainous area. Or a quilt with a preponderance of red fabrics could signal danger. In the storytelling tradition of her grandmother and mother, Ozella revealed the Underground Railroad Quilt Code. 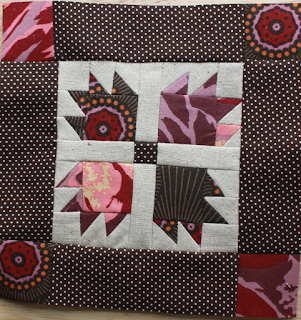 I relied on this information when I wrote Freedom’s Path and had my heroine, Sidonie Demers, doing her small part to aid those along the path from where she lived in Vermont, not far from the Canadian border. For those who like learning about history in an entertaining way, I recommend Hidden in Plain View. 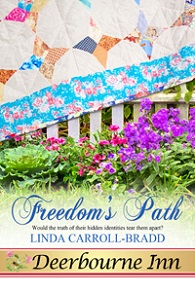 Blurb Working as a maid in the Deerbourne Inn gives freedom-fighter Sidonie Demers the perfect cover for helping escaping slaves travel farther along the Underground Railroad. The patterns in her quilts serve as messages directing them to the safest route. The cause is a personal one for octoroon Sidonie whose mother and grandmother escaped bondage years earlier. Army Corporal Colin Crawford arrives in Willow Springs, in disguise as a salesman, to ferret out abolitionist activity. Raised in a state that forbids slavery, he's conflicted about upholding the Fugitive Slave Act but believes in laws and fulfilling his duty. The attraction between Colin and Sidonie is evident and irresistible, but what will happen when their true identities are revealed?
Link for several formats https://books2read.com/FreedomsPath

As a young girl, Linda was often found lying on her bed reading about fascinating characters having exciting adventures in places far away and in other time periods. In later years, she read and then started writing romances and achieved her first publication--a confession story. Married with 4 adult children and 2 granddaughters, award-winning author Linda now writes heartwarming contemporary and historical stories with a touch of humor and a bit of sass from her home in the southern California mountains.
To stay connected with Linda: Newsletter signup http://eepurl.com/bjKueH https://www.facebook.com/linda.carrollbradd http://www.goodreads.com/author/show/1806413.Linda_Carroll_Bradd https://www.bookbub.com/authors/linda-carroll-bradd https://www.amazon.com/author/lindacarroll-bradd https://bingebooks.com/author/linda-carroll-bradd
Posted by Linda Carroll-Bradd at 2:00 PM