WOMEN'S BOOTS IN THE VICTORIAN ERA By Annee Jones 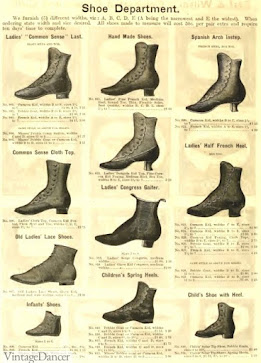 Women's Boots in the Victorian Era

It is an interesting fact that, like most things in life, fashion trends run in cycles.  Usually when an era is simplistic, the era following it is extreme.  For example, the simplicity of the Regency era was followed by the grandeur and opulence of the Victorian Era.  Have you ever wondered what type of shoes the Victorian women wore beneath their lavish gowns?  Popular magazines of the day advised that, “The foot is one of the chief points by which a woman’s social position is judged. If the feet are small, well-shod, and prettily used in walking, they add an additional charm to the appearance, and are an indication of high standing and … of gentle birth.”  Hence, much attention was placed on footwear.  I was especially amazed to discover that shoes had been interchangeable between the right and left feet prior to the 19th century. 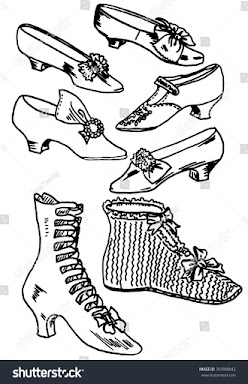 When it came to boots, it became acceptable around 1850 for women to wear the same kinds of boots that men were wearing.  Ladies’ boots, however, featured intricate details including embroidery, dying, and lace.  They were made from rubber and leather, and also were heeled in a different way than men’s.  Scalloped edges, patent leather, and dyed suede added special glamorous touches for the women who could afford such luxury.

There were many different types of Victorian boots, including walking boots, carriage boots, house boots, and riding boots. 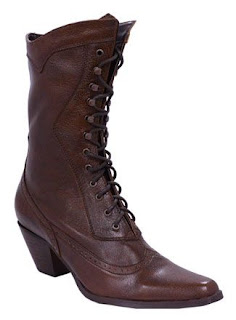 These were made of leather that could be black, brown, or even ivory, and would be laced to the top.  The boot could extend anywhere from the top of the ankle to the middle of the calf.  Other features may include pointed toes and curved heels. 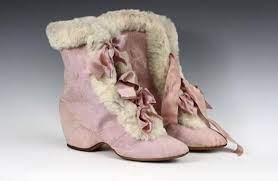 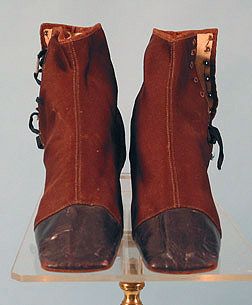 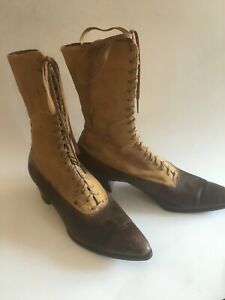 This style was more lavish than the simple walking boot. Unlike the walking boot, however, these were made of quilted satin (Can you imagine?!).  They were secured by button, often in a color that contrasted with the main color of the boot.

These were worn at home but were much fancier than an everyday house shoe.  They were made of a soft fabric and featured a low heel and sometimes cut-out accents.

I was surprised to learn these aren’t too dissimilar to today’s riding boots.  They were made of leather, extended to the knee, and were sleek in design.  Sometimes they could include a small decorative accent like cording or a tassel.  They were the predecessor of the cowboy boot, which became popular towards the latter part of the century. 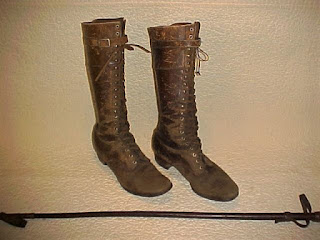 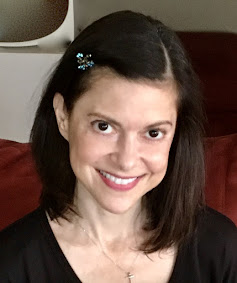 Annee Jones is an inspirational romance novelist who enjoys sharing her heart and imagination with others.  She is passionate about writing stories that offer hope and encouragement and likes to think of her books as “romance filled with faith and a sprinkle of fairy dust!”

Annee is also a professional book reviewer for Publishers Weekly in the genre of faith-based fiction (fun tidbit: she writes many of the editorial reviews you see on Amazon). 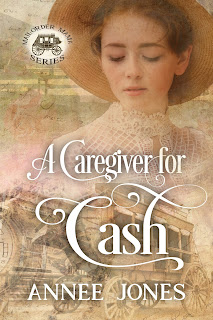 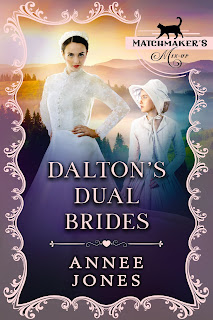 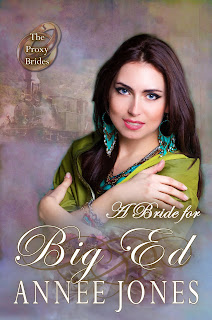