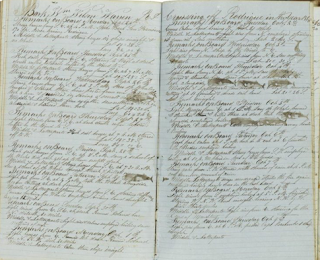 Hi, Kit Morgan here and today I want to talk a little about diaries. But not just any diaries. Let's take a look at country diaries.

So what makes a country diary? Well, they include sketches and sometimes watercolors of plant and wildlife around a country home or estate. There have been some famous country diaries written and turned into books for modern readers. The Country Diary of an Edwardian Lady comes to mind. It was written by Edith Holden who came from a very talented family. Edith was nearly forty when she established herself as a book illustrator and she continued working until her death in 1920. At the time her sisters gained greater recognition in their lifetime for their literary and artistic works. But Edith, following the tradition of her Victorian predecessors (ladies of widely varying ability) filled her days with music, painting and poetry. Her work is evidence of an exceptional talent and sensitivity and she was encouraged from an early age by her family and the surroundings of her youth.

But there is another country diary called The Cottage Book. A classic country diary compiled by Sir Edward Grey and his wife Dorothy at the turn of the century as a record of their visits to their cottage at Igchen Abbas in Hampshire. The Grey's diary is filled with photographs, drawings, watercolors, sketches and fun entries of their days. 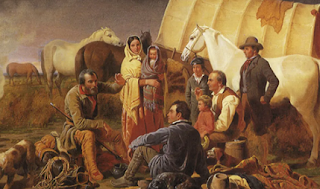 These country diaries are a far cry from the diaries kept by the pioneers going west and recording life on a wagon train. English County Diaries record a tranquil life and have entries about a changing world. Pioneer diaries record fun times, hardships, and death.

There are civil war diaries, World War 1 diaries, and other diaries from well-known individuals to the lonesome cowboy out on the range. Diaries keep us company, record our history and give su something to hand down to our children. Or not. Depending on what's in them!

Do you keep a diary? Did your parents or grandparents? Some of my characters keep diaries and I have characters going through a diary in a contemporary western of mine trying to solve a mystery. Diaries are fun and personally I'd never thought to draw and sketch in one. But it's a big thing now!
Until next time, Happy Writing!
Kit