“…The Blue Cockade has made its appearance on our streets. We were pleased to see them worn during the present week, by men, boys, and even ladies. The spirit of secession is spreading and promises to soon become universal.”

The English dictionary defines cockade as a rosette, feather, or knot of ribbon usually worn as part of a uniform, as a badge of office, or the like. The word’s origin is dated around 1709 and is derived from the French word ‘cocarde’ which is feminine of cocard meaning foolishly proud or cocky.

They are also sometimes called rosettes. They are comprise of a button, sometimes a strap, and some ribbon. At first they were used to add color to headgear. Eventually, people began to wear colors and designs that marked familial, national, or political affiliation.

Civil War cockades were usually handmade by the ladies, though occasionally they were offered by manufacturers and merchants. They were often created out of silk ribbon, but there is documentation for cockades made of cotton and wool as well. 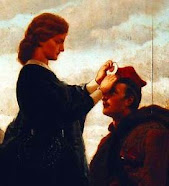 Most pro-Unionists cockades were red, white and blue. And the most popular colors for pro-Secessionists were solid blue, solid red, or red and white. Today, some pundits have suggested that the colors of the cockades reflect our current political parties. 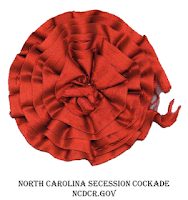 Since my current work in progress in the Mended Hearts series, Marrying the Major, is set in North Carolina following the surrender at Appomattox, I focused my research on Confederate cockades, specifically, North Carolina Secession Cockades.

As previously mentioned, the most popular color for secession cockades was blue, but solid red, or red and white ranked a close second. Like Union cockades, Confederate cockade designs included rosettes, rosettes with tails or ribbon design such as bows or knots. Some Confederate cockades were generic, others were designed specifically for a certain state or region. 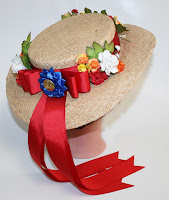 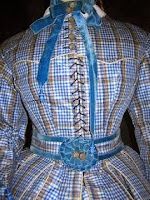 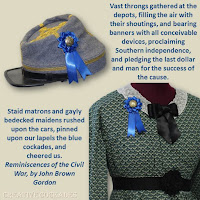 Confederate cockades were worn by men, women and children, African-Americans and Caucasians. They were often pinned to the breast or lapel, but could also be worn on hats, belts, and bonnets. 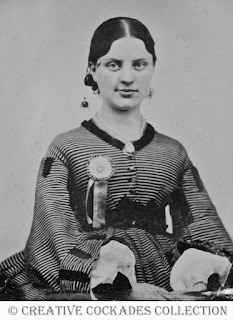 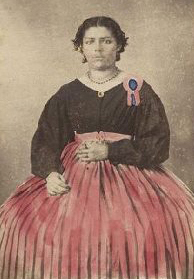 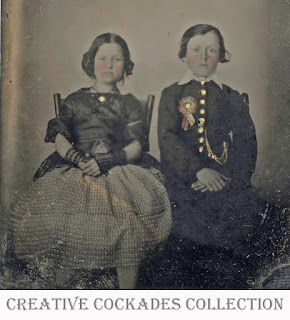 The political opinions on secession in North Carolina were as varied as her cockades. Secessionists, unionists, and every viewpoint in between weren’t shy about debating Mr. Lincoln’s call for troops to fight against the Confederacy. In May 1861, North Carolinians reluctantly declared secession from the Union.  But once committed, North Carolina gave more troops and supplies, and lost more men than any other state in the Confederacy.

The Wilmington Journal made note of the state’s declaration of secession in their May 23, 1861 editorial:

“This morning the Wilmington Horse Artillery fired a salute in honor of the independence of the state. This is about the first salute fired here since the war excitement commenced.”

The Artillery wore a red cockade on their hats when they fired the salute guns at this event.

North Carolina, even in 1860, was known as  the Tar Heel state. Pine trees have long played a part in the state’s history. So it was only natural North Carolinians would want to put pine cones on their cockades. 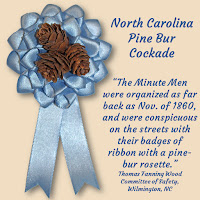 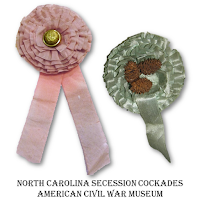 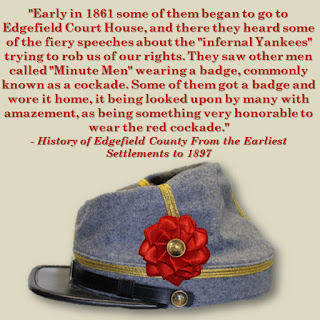 "The Minute Men were organized as far back as November of 1860, and were conspicuous on the streets with their badges of ribbon with a pine-bur rosette."      Thomas Fanning Wood

“We noticed that several of the members wore the blue cockade; and some others wore a cockade made of red, blue and white leather. These are the colors of our national flag but whether or not worn to signify devotion to the Union, we did not inquire.”           The Newbern Weekly Progress

From blue cockades to red cockades to pine cones, flowers, ribbons and leather, North Carolina may have had the most variety in their secession cockades of any state in the Confederacy.

People have used ribbon rosettes for centuries to tell their stories. These little pleated ribbons were a outward sign of a deeply held sentiment. Many times it took courage to wear the cockades knowing the bearer could be attacked, arrested or shot, but in the end it was a visible expression of someone’s spirit and heart.