In the Hands of a Potter by Kimberly Grist 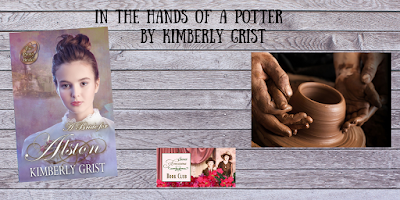 While researching the 19th century, I became fascinated with the vocation of a potter and its importance to the local community. These talented craftsmen created vessels that were functional and practical, typically serving the needs of the people within 30 to 50 miles. 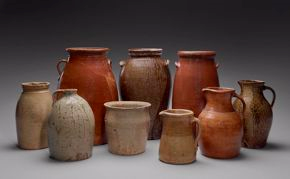 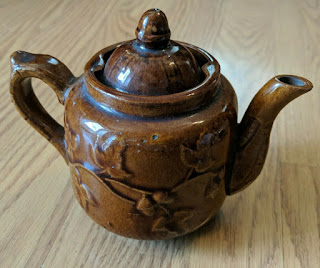 Everything needed for the production of pottery was present in America- clay was abundant. Clay was dug locally either by hand or sometimes with simple machinery such as a mule-powered pugmill. 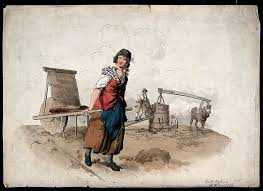 Although designed for everyday use, some chose to decorate their pottery with designs that would appeal to their customers. The below photo is a five-gallon stoneware crock, circa 1880. The folk art design shows a man with a mustache and bowler hat, wearing a buttoned coat and nickers sitting on a tree stump. 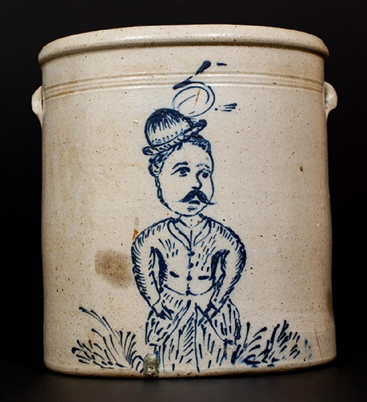 As the United States expanded in the nineteenth century, potters from the north-east took their techniques to Pennsylvania, Virginia, and North Carolina. Generations later, the same families migrated further south and west. 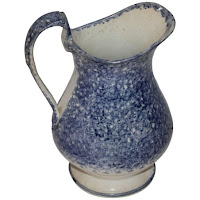 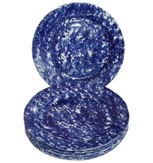 The lives of many of the individual potters are lost to us. While the stories of women potters are often unrecorded, it is likely that many vessels were created by females. This fact spurred my imagination to create the character of Elly, a talented craftsman who creates American Stoneware. 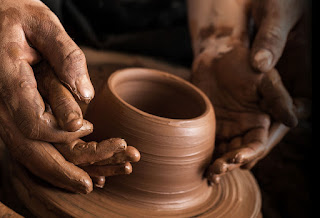 American stoneware is a type of pottery as popular in the 19th century as Tupperware products of today. The predominant housewares of the era were usually covered in a salt glaze and often decorated using cobalt oxide to produce bright blue decoration. 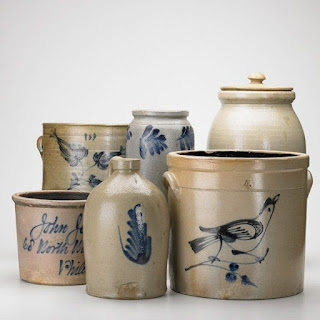 A Potter in need of a home, a businessman thirsty for the inheritance his marriage will bring; and a proxy marriage that will reshape them both. 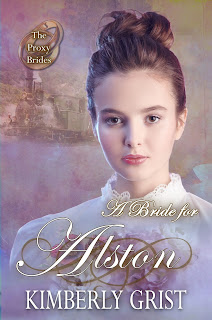 Since her parents' death; Elly Emerson handles the household and the pottery business to help support the family farm. Left out of the will Elly is faced with homelessness when her new sister-in-law makes it difficult to remain in the family home.
Alston Pike, an engineer, and millwright believes hard work is the cure to mend a broken heart. Enticed by his grandmother's offer to fund his new project, he agrees to marry within three months.
Is Elly trading one lion's den for another?
Will Alston's business-minded approach to marriage leave him wanting more?

Posted by Kimberly Grist at 4:05 AM