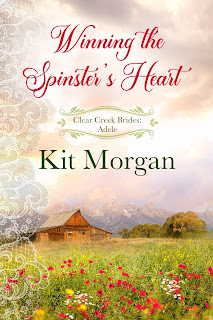 Ah, the spinster. One would think that back in the day, considering how few women there were, there wouldn't be any spinsters. But they did exist and I decided to put spinsterhood into one of my fictional towns and run with it.

Did you know that one survey in the old west put the ratio of men to marriageable women at ten to one? Later, that number increased to three to thirty times as many men as women. The pool of women included those of marriageable age, widows, widows with children, available virgins, divorcees, prostitutes and of course aging spinsters.

In a census taken in 1870, the number of men to women was 385,000 men and 172,000 women that were west of the Mississippi. Thus the women in the west became more concerned with suitability, than availability. Indeed, women out west enjoyed numerous choices when it came to picking a marriage partner. Which is why if you were labeled a spinster, what did that tell the local gents?

In fiction, on the other hand, we can play with the state of spinsterhood. I have a town called Clear Creek. I'm writing second generation stories now and decided to take a group of women in their early twenties and make them spinsters. But they don't call it that in Clear Creek. Instead they refer to it as a slow start.

The problem? All my spinsters have known all the eligible men it town since childhood. They want excitement, adventure, not someone they've know since they were in diapers. 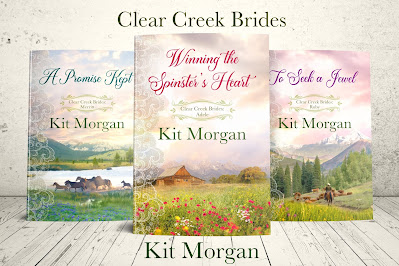 The label of Spinster carried more of a black mark in Regency times when the ratio of men to women didn't have such a wide margin. In modern times, the opposite is true. Women tend to outnumber men in many cities and towns. Except for Alaska, where men still outnumber the women enough to have television shows, movies and books centered around the fact!

The term spinster isn't used much these days. Now you hear terms like "Single and Loving it, or Strong, single, independent woman." At any rate, the state of the spinster has definitely changed over the years and doesn't strike terror into young women who might be staring it in the face quite like it used to!