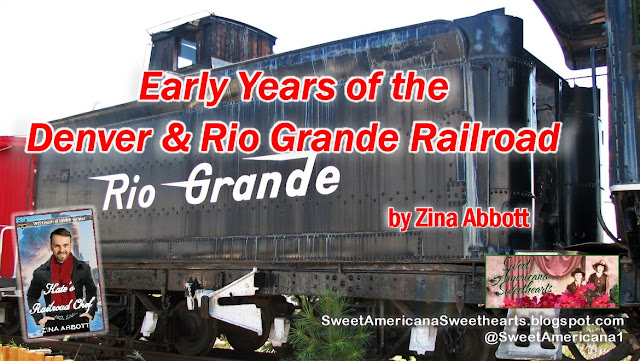 William Jackson Palmer, a Civil War veteran, and a board of four directors. They intended for it to link Denver with the Mexican border by following its namesake, the Rio Grande River, for much of the way. He planned for it to reach to reach the San Juan mining district as well as going west to Salt Lake City. It was his decision to use the narrow gauge which would hold down costs and allow it to travel to the high Rocky Mountain communities. Its motto of Through the Rockies, not around them was intended to show that it was main carrier for the Rocky Mountain region in the United States. The first trip on the line occurred Oct. 26, 1871, and took passengers (primarily local newspapermen) from Denver to Colorado Springs.
The D&RG operated the highest mainline rail service in the United States. Later, it adopted the motto, Main line through the Rockies. At its height in the mid-1880s, the company had the largest narrow-gauge railroad network in North America with 2,783 miles of track. It was a major carrier of coal and mineral cargo. 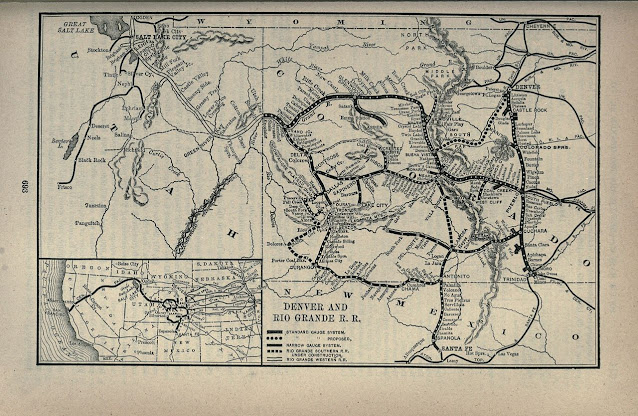 At its height in the mid-1880s, the D&RG had the largest narrow gauge railroad network in North America with 2,783 miles of track that joined the states of Colorado, New Mexico, and Utah. Until 1983, the D&RGW operated the last private intercity passenger train in the United States, the Rio Grande Zephyr.

Closely assisted by his friend and new business partner Dr. William Bell, Palmer laid the first rails out of Denver on July 28, 1871 and reached the location of the

new town of Colorado Springs (then the Fountain Colony) by October 21. Because of stiff competition, such as with the Atchison, Topeka & Santa Fe Railroad that involved hiring gunslingers and buying off politicians before it ended up in the courts, the line did not reach Mexico. It barely reached the northern part of New Mexico by a line that extended from Pueblo south over Raton Pass. However, it did retain the right of building the line through the Arkansas River valley.

Much of the Denver & Rio Grande Railway built toward Utah. From Pueblo, one line built west connecting Canon City (1874), Salida by way of Royal Gorge (1880), Gunnison (1881) to Montrose (1882). From there, a line went north to Grand Junction, Colorado. It was there that the line joined with the Rio Grande Western Railway.

To facilitate the D&RG’s westward push, by late 1880. William Bell, Palmer’s business partner, began railway construction in Utah. By mid-1881, it became the Palmer controlled Denver & Rio Grande Western Railway (the “Western”). The intention of the D&RGW (Western) was to work eastward from Provo to eventually link with westward-bound D&RG in Colorado. This physical connection was realized near Green River, Utah on March 30, 1883. By May of that year, as previously planned, the D&RG formally leased its Utah subsidiary. 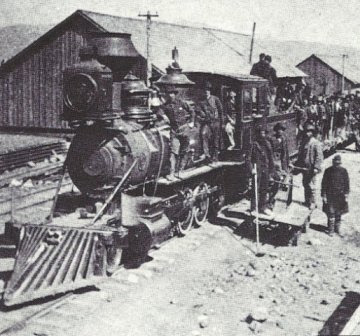 Unfortunately, by mid-1883, due to aggressive growth, financial difficulties and expenditures led to a shake up among the D&RG board of directors. Palmer resigned as president of the D&RG in August 1883, while retaining that position with the Western. He continue as president of the Utah line until retirement in 1901 which took place due to a company re-organization. 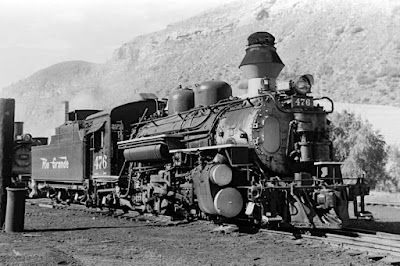 Frederick Lovejoy was appointed to fill Palmer's vacated seat on the Denver &Rio Grande. He and those that followed him attempted to direct the railroad through future struggles and successes. However, the later history of this railroad is full of financial and legal difficulties. Following bitter conflict with the Rio Grande Western during lease disagreements and continued financial struggles, the D&RG went into receivership in July 1884 with court appointed receiver William S. Jackson in control.

Although I am not covering the later history of this rail line which lasted until, in 1988, the parent company, Rio Grande Industries, purchased Southern Pacific and retained the more prominent railroad's name. However, I always get a kick out of researching a topic and then running across a connection in my family history. One of my grandfathers who lived in the Salt Lake Valley in Utah all his life retired in the 1950s as a railroad engineer. Guess what railroad? 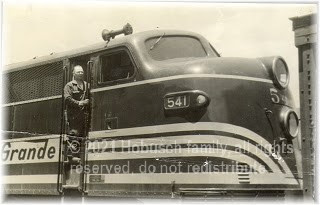 The Denver & Rio Grande Railway is the rail line of my recently published book Kate’s Railroad Chef, which is the third book in my Train Wreck in Jubilee Springs trilogy.  Please CLICK HERE for the book description and purchase link.

Posted by Zina Abbott Author at 12:47 AM