THE CHRISTMAS ORGAN by Marisa Masterson

It's Christmas Eve. Darkness has fallen. Already, you've had your traditional meal. As a farm family, milk is handy and oysters that come in the small wooden barrel are available this time of year. So your family has oyster soup and a variety of cookies you've baked over the last few days. Gingerbread, tea biscuits from the recipe your mother brought with her from Cornwall, sugar cookies--they've enjoyed them all. Tomorrow you will bring out the Christmas pudding, but tonight is Christmas Eve. 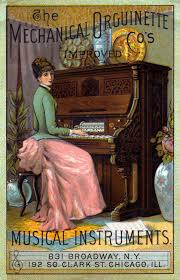 Like many families on that evening, you will attend church. First, though, you will have your own family celebration. Smiling at your little ones, you head to the organ. It's time to sing carols.

Pump or reed organs were a common sight in many homes by the late 1800s. In fact, several million were manufactured in the United States and Canada between the 1850s and the 1920s. They were especially popular in small churches in the west because they could give an organ sound without the large pipes associated with a real organ. The portal version, a harmonium, could be transported easily with a traveling pastor who had a wagon or buggy. Some were even made to fold up into a suitcase for easy carrying. Of course, these would have fewer keys and only a few stops.

Stops! I'd guess you're wonder what those are. They sit above the keys and allow for a variety of sounds when pulled out. This would be similar to the effects you can get with an electric organ. However, these sounds would be produced by reeds. The performer would need to pump the pedals to get any sound from the manual--the keyboard. 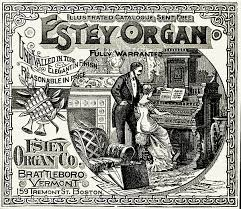 Some of these instruments were smaller than a piano and fit nicely into a small house's tiny parlor. They were easy to order in the more isolated areas of the country. Grander examples of the reed organs were beautiful pieces of furniture with the high top placed on it. Imagine that top decorated for Christmas with the family gathered around it. Mother played the carols while Father and the children sang along. In my novel, A Farmer for Christmas, I made sure to include a parlor organ that was used on Christmas Eve.


This was the way I grew up. As a preteen, I sat at the  beautiful pump organ and played the carols on Christmas Eve as my family sang along--the third generation to do that. We even had a set of old hymn books for the occasion. Only after singing and reading the Christmas story in Luke did we open gifts. As was traditional in the family, gifts were always opened on the 24th. That dated back to family traditions started in Cornwall.

Mix all dry ingredients together cut in shortening mix to pie crust consistency. Add raisins and coat well. Add in milk and mix it all up.
Turn out on floured area. Roll out to 1 inch thick. Cut and put on ungreased cookie sheet. Sprinkle with sugar. 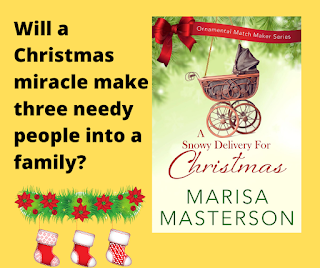 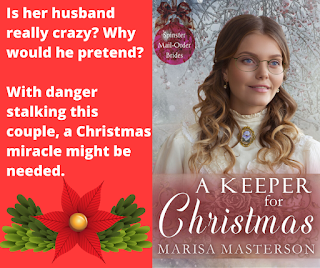