If Wishes Were Horses, Beggars Would Ride ~ Origin and Meaning 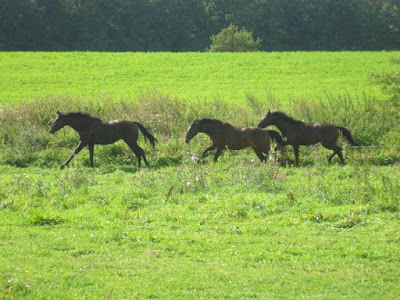 Though there's some argument about who coined the phrase "If wishes were horses, beggars would ride," the first publication of the saying was in a Scottish proverb and nursery rhyme collection printed in the 1600s. Have you ever wondered exactly what it meant?

Throughout history, horses for riding have been a luxury of wealthy. That would be because most common folk couldn't afford to feed them unless they were part of their livelihood. Stagecoach drivers, liverymen, farmers each had their own horses for work, but for personal use, they rarely had them.

If the horse consumes it in grass, it would take owning about 2 acres of property per horse to allow for grazing and growth. And during lean winter months, the owner would still need to supply hay or grain rations to help sustain the horse. If the horse doesn't have the luxury of eating all day at their leisure in a grass field, the horse will need enough grain and hay to satisfy their physical needs, and these supplies were not inexpensive during any time in history.

Additionally, a horse generally drinks between 6-12 gallons of water per day. In a time when people had to hand pump water from the ground or draw from a well, just getting their horse the water necessary to survive would be a tremendous chore unless they had a stream running through their property. Horses cannot live without adequate water, and drink more than other animals due to their size, digestive habits, and the fact that they sweat in order to cool themselves.

The purpose of the saying is to put a cold dose of reality on the person who spends much of their time making wishes instead of looking at things logically and working hard to accomplish their goals. Horses are neither inexpensive for the pocket nor are they easy to take care of. So, the Scottish nursery rhyme was likely made in the hopes of getting children to understand that not everyone can have what they wish for simply by wishing. We all have to know what we're getting into and work hard to achieve what we want.