Heroes of the West? The Pinkertons

Heroes of the West? 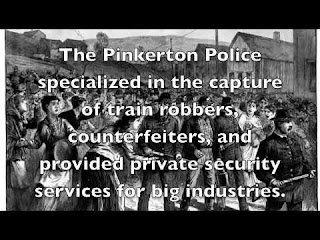 Allan Pinkerton, the founder of the Pinkerton Detective Agency started off as a barrel maker, or a cooper. He liked working for himself instead of for someone else. He had a knack for investigating and while looking for raw material for his business, helped the police bring a bunch of counterfeiters to justice. After the locals heard what he did, they came to him for other things as well. Thus, it started him on opening his own detective agency. 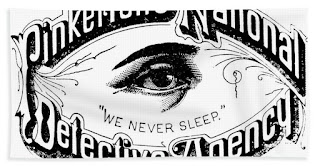 The civil war boosted his reputation even more when he headed the organization that spied on the confederacy. After that, he went back to his agency but he was now known far and wide and the reputation of the agency was well known by the end of the war. 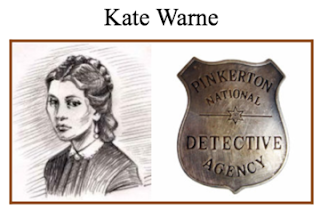 After becoming quite famous as an agency, a woman named Kate Warne wanted to work for the agency. Allan Pinkerton was hesitant, he didn't quite believe a woman would do as good of a job as a man. Except she convinced him to let her try. She told him that a woman would be able to 'worm' out secrets that a man could not do.

She proved herself many times over. She dressed up as a fortune teller and talked the suspect into revealing crucial information which helped their case. Once, she even got friendly with the wife of a thief and convinced the thief's wife to tell her the exact location where the money was hidden. Pinkerton actually made a statement that she was one of his best agents ever. 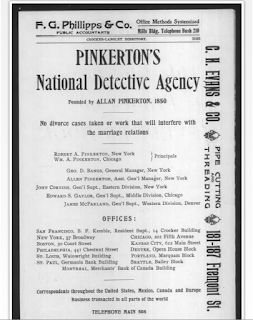 As one of the authors in a multi-author series, the Pinkerton Matchmakers, stories and tales of women sleuths is the main ingredient in these stories. In my story An Agent for Cari, we find the heroine on her very first assignment. The premise of these books are a bit different than real life, with the women having to team up with a male partner and marrying them in name only while they are out in the field. This idea was for propriety sake to save the women's reputation. 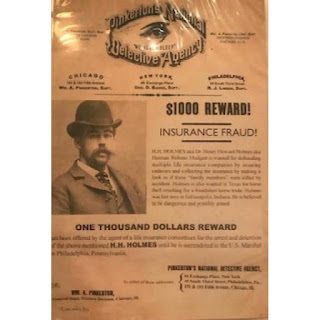 Here is my contribution to the stories of women who were not only brave but helped to carve a place for others to be independent and part of American history:

A woman who breaks all the rules - A man who lives by them - Can opposites attract while bringing down a notorious swindler before he kills again? 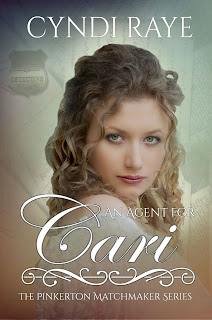 Cari Kyllikki won't allow her disability to hinder her dream of becoming a Pinkerton Detective. She has become a master of hiding her daily struggles. What she didn't count on was the Pinkerton Agent who is determined to uncover her secrets. All of them!
Michael Durango works strictly by the book; there is no deviating even a little bit. When he finds out what his new wife is hiding, he has a decision to make -- tell the agency and risk her losing her job or keep her secret and complete the case. If only he could tear his thoughts away from her long enough to decide.
What does Michael do to protect his partner and solve the case? Will their suspect kill again, or turn his attention to the Pinkertons on his trail? Will Michael and Cari find love along the way, or will her secret tear apart everything they believe?

An Agent for Cari is available on Amazon