Did you know?  In 19thcentury rural America, a newly-married couple might be treated to a mock serenade, performed with pots, pans, homemade instruments, and other noisemakers.  Such cacophonous serenades were traditionally considered especially appropriate for second marriage or for unions deemed incongruous because of age discrepancy or some other cause.
Shivaree was a nineteenth and early twentieth century Appalachian custom (originally dating back to the sixteenth century in France) of teasing a married couple on their wedding night or shortly thereafter. The bride was carried around in a tub at times, and the groom was ridden on a rail.  In Tennessee the custom was more commonly called serenading, and in West Virginia and western Virginia the term belling also referred to this raucous, spontaneous celebration. The first known use of shivaree was in 1843. 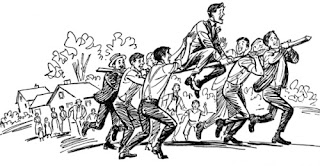 The tradition carried into the West, eventually.  The guests would often return uninvited to the homes of newlyweds, and make as much noise as possible.  More times than not, in the West, they shot guns as well as beating on pots and pans. Of course, it was all in good fun, and the couple was eventually allowed to consummate their marriage.  Most communities carried out the practice in the first half of the 20thcentury.

Communities viewed it as an important first ordeal for the couple to tackle together, kicking off their wild ride through married life on the frontier – somewhat of a hazing to induct them into the community of other married couples.
One Kansan recalls when he married, he was “shivered good:
“Those shiveree clowns and their wives busted right into our house and dragged us out by force.  I fought, but it was no use.
They set my young bride in a wheelbarrow that hadn’t been greased for years.  They made me push her in the wheelbarrow down our main street to a beer palace.  It seemed like miles.
They forced me, and I mean forced, to treat everyone to beer and salami, rye bread, cigars, candy and so on, in fact to about everything eatable and drinkable in the joint.
Then they put my bride back in the wheelbarrow and made me push her home again…” 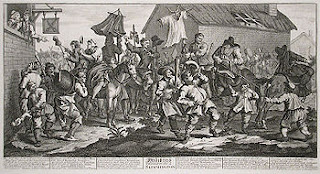 Many communities throughout history have practiced traditions similar to shivaree, but the American version is uniquely lighthearted.  In Medieval France the tradition seems to have initially been celebratory, but eventually transformed into a brutal way for communities to enforce social norms.
Charivari, as it was known in England and Canada, was a way for communities to break up any relationships they didn’t approve of.  Adulterers, wife beaters and couples seen as having illegitimate marriages were all at risk to have their doors knocked down by an angry mob in the middle of the night. Some communities disapproved of a large age-gap between spouses, or if a widow re-married too soon after her husband died. 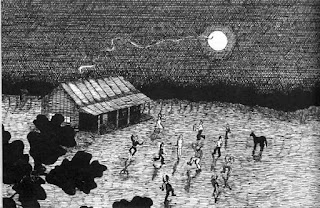 The intervention involved noisemaking, shaming activities (being paraded around town on a donkey) and sometimes even killing.  While they sometimes resulted in the permanent dissolution of the couple, they often were just a way for the community to loudly voice their disapproval of the event- many times life resumed as normal afterward.
Historians disagree as to whether or not the tradition spread down to the U.S. from Canada, or across the Atlantic through our ancestors – either way, we’re certainly thankful that when our ancestors bothered newlyweds with shivaree, it was only for fun! 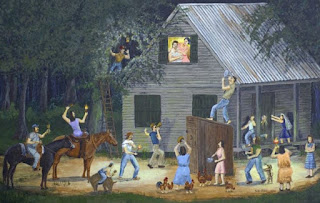 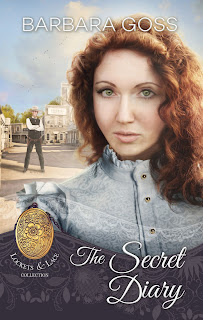