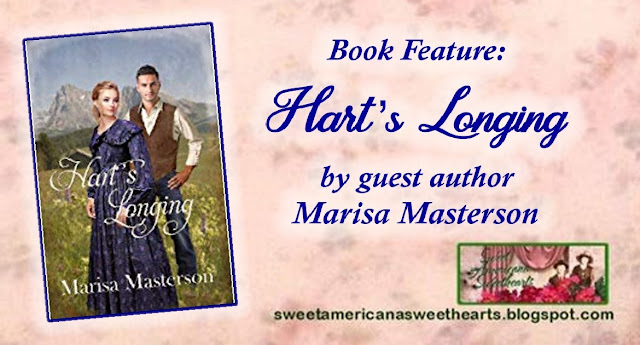 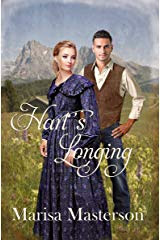 A secret that keeps them apart….

Zelly fuller realizes she’s worthless. Her mother certainly made sure she knew that. Zelly just doesn’t know why. Being loved is an impossible dream until him…

Hart Bahr has loved her from afar. Learning about a bet to harm Zelly, he decides it’s time to claim Zelly as his, both to love and to protect her. Zelly, however, just might have other ideas about that.

With a bully whose father has the sheriff in his pocket, mysterious skeletons that bring an old secret to light, and Zelly’s own uncertainty, the road to true love runs anything but smoothly in this sweet historical romance.

Discover if Hart’s longing ever becomes true love in this debut novel.


Ram felt her pause and look down at her with an eyebrow raised. “Thought you wanted to talk in the moonlight.” His question dripped innuendo even to Zelly's innocent ears.
She looked up at him in the lantern light, ensuring he was able to see her smile. “Oh yes, please!” she said with a sultry voice. Even if she didn't understand his innuendo she could easily imitate it,
Holding up the skirt of her light blue dress with her free hand so as not to stain it in the grass, she walked with Ram along the edge of the field that bordered the barnyard. Once they were a short distance away from the celebration, they stopped under an oak.
The scoundrel had made her miserable often in school. She hated him after all of his nastiness through the years.
Suddenly she remembered a particularly nasty moment when Ram had tried to put a horse apple down the back of her dress. It brought the leaden weight of dread and now to her chest. It had been that first year of school. She wore a new dress that her mother, Ma'am, had sewn for her that week, a rare happening, and she'd worn it proudly that day.
While Ralph Stinson distracted her by telling her what a nice dress she had, Ram stood behind her and pulled at the back of her collar, intending to put the smelly horse apple down her dress. When she felt his hand on her she had whirled, ripping her collar. What a whipping she'd received at night!
The memory gave her the strength to act. She looked at him and spoke sweetly. “There's something I've longed to do every time I'm near you.”
He leaned into her. “Yeah, well go ahead,” he encouraged.
Taking her arm away from his and balling her fist, she pulled it back to send a punch. 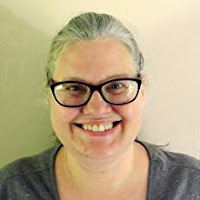 Marisa Masterson and her husband of thirty years reside in Saginaw, Michigan.  They have two grown children, one son-in-law, and two old and lazy dogs.

She is a retired high school English teacher and oversaw a high school writing center in partnership with the local university. In addition, she is a National Writing Project fellow.

Focusing on her home state of Wisconsin, she writes sweet historical romance. Growing up, she loved hearing stories about her family pioneering in that state. Those stories, in part, are what inspired her to begin writing.