My Shepherd Will Supply My Need- an American Folk Hymn 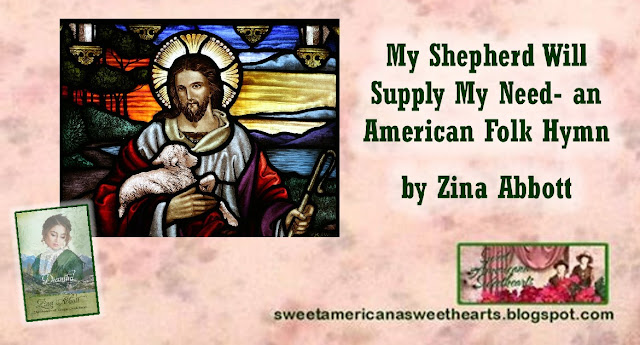 The local congregation to which I belong allows me to sing in the choir, which proves the people with whom I attend church believe in charity. In recent weeks we have been practicing a hymn we will sing Easter Sunday titled “My Shepherd Will Supply My Need.” I noticed on the cover it is billed as an American folk hymn. That prompted me to look more closely at the history of this piece of music.

The arrangement we are using is by Mack Wilberg and has been sung and recorded more than once by the Tabernacle Choir out of Salt Lake City. The choir in my local congregation is no Tabernacle Choir, but our rehearsals have produced a hymn that is stirring, even though we have not yet practiced with the instrumentation. CLICK HERE to listen to one of the YouTube recordings of this hymn while you read the rest of this blog post.

The words to “My Shepherd Will Supply My Need” were written by Isaac Watts (1674-1748). He is considered by many as the father of English hymnody. He was an English Christian minister (Congregational), hymn writer, theologian, and logician. He was a prolific and popular hymn writer and is credited with some 750 hymns. Many of his hymns remain in use today and have been translated into numerous languages. To learn more about this hymn writer and his history, please CLICK HERE.

This particular hymn is a re-working of the familiar text of Psalm 23, which begins: 'The Lord is my shepherd; I shall not want'.  Here is the text of this hymn:
My Shepherd will supply my need:
Jehovah is His Name;
In pastures fresh He makes me feed,
Beside the living stream.
He brings my wandering spirit back
When I forsake His ways,
And leads me, for His mercy's sake,
In paths of truth and grace.

When I walk through the shades of death
Thy presence is my stay;
One word of Thy supporting breath
Drives all my fears away.
Thy hand, in sight of all my foes,
Doth still my table spread;
My cup with blessings overflows,
Thine oil anoints my head.

The sure provisions of my God
Attend me all my days;
O may Thy house be my abode,
And all my work be praise.
There would I find a settled rest,
While others go and come;
No more a stranger, nor a guest,
But like a child at home.

This hymn was also performed by the Choir of Washington National Cathedral in a memorial service in September 2001, shortly after the attacks on Washington and New York City on September 11. To listen to a recording of that performance, please CLICK HERE.

This folk hymn is usually sung to the Appalachian folk tune “Resignation” by an unknown composer.  It first appeared in the 1835 hymnbook, Southern Harmony, a collection of church music from the rural American south. Like most folk music, it is fairly repetitious and entirely pentatonic, meaning it uses only a five-note scale analogous to the black keys on the piano. The basic tune itself is easy to learn both vocally and instrumentally. 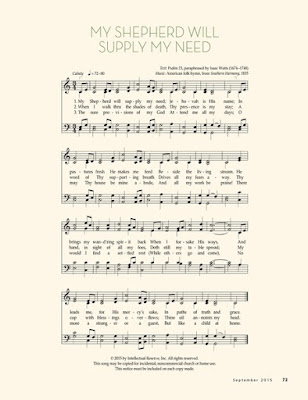 Above is a copy of the musical score and words for this hymn. However, it is important to keep in mind that in the nineteenth century and before, hymnals did not generally include the musical score. Only the words of the hymns were printed. As long as the meters matched, most could be sung to more than one tune. The person leading a congregation in singing would not only announce the name of the hymn, and for those fortunate enough to have a printed hymnal, the page number, but he or she would also announce the name of the tune to which it would be sung. 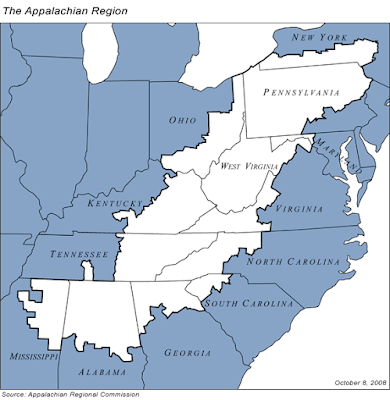 Religious music, including white Country gospel, was probably the most prevalent music heard in Appalachia.  During the Colonial period the press was controlled by a clergy which had no interest in the spread of secular music, therefore, not much of the latter survived in written form.  There were three types of religious music: ballads, hymns, and revival spiritual songs.  The latter directly arose out of the call and response of the African song tradition.  These were popularized among the white inhabitants after the revival circuit started in Kentucky in 1800.  Their simpler, repetitious text of verse and refrain was easier to sing and learn and produced an emotional fervor in the congregation. 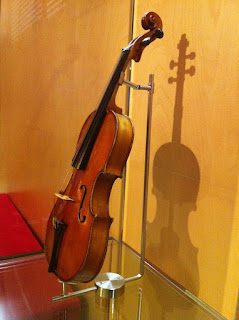 The fiddle was at first the main instrument, often played by itself since pianos were not only expensive to purchase, but difficult to transport over the rough, stair-step terrain of that mountain range. Early tunes tended to be more rhythmic as opposed to using a lot of harmony.

Although Appalachian music in earlier days was generally played primarily on a fiddle, I tried unsuccessfully to find a version of “Resignation” using only that instrument, or perhaps the violin combined with other traditional instruments such as a dulcimer or banjo. Here is a rendition using both violin and piano. CLICK HERE.

As much as I love the Mack Wilberg’s arrangement for “My Shepherd Will Supply My Need,” this piano version is probably closer to the original meter of the tune. CLICK HERE.

I felt so impressed by the history of this American folk hymn, I decided to use part of it in one of my latest books, Diantha. My secondary romance involves Hilaina, a young woman who, along with her mother, came from the Appalachian region. When she invites Buck to Sunday supper, after the meal, they read from the Bible and sing this hymn.

Here is an excerpt from the book: 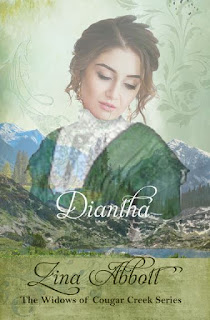 Elmira turned to Buck. “Know ‘My Savior Will Supply My Need’ sung to ‘Resignation?’ Hilaina’s pa favored that tune.”
“Can’t say I know that one.”
“Time you learned.”
The two women cleared their throats and began to sing in unison.

My Shepherd will supply my need:
Jehovah is His Name;
In pastures fresh He makes me feed,
Beside the living stream.

Buck winced inside upon hearing Elmira sing with a slightly flat, gravelly voice. Hilaina’s voice sounded clear and he could tell she stayed on key. He liked the catchy melody with several repetitions. He formed his mouth and folded his tongue as he silently practiced whistling it. It would be easy to learn.
By the third verse, he felt comfortable enough to softly join in as an accompaniment to their vocal performance. When the song ended, Elmira smiled at Buck, the first smile he had seen on the woman’s face.
“Ain’t nary heard such slap-fine whistling since afore Hilaina’s pa passed. I’d be right pleased to sing it again.”
They ended up singing the hymn three more times until Buck got the notes and timing down perfectly and the three performed the number in perfect harmony.
As the sun began to set, while Buck walked back to the livery, he reviewed the afternoon he had spent with Hilaina and her mother. As much as he felt the heightened awareness that came from being in the same room with Hilaina and regretted the necessity of keeping his hands to himself and not pulling her on his lap in the presence of her mother, he admitted he also enjoyed being around Elmira Dowd. He failed to reconcile the jokes and snide remarks about mothers-in-law he heard through the years with the thought of her as a member of his family. He enjoyed her abrupt manner of speaking so different from her daughter. Besides, Elmira seemed to appreciate his whistling as much as Hilaina did. Being with them filled him with a sense of belonging to a family again, something he never really felt living and working on the Grassy Fork Ranch.
Buck began to whistle the new tune Hilaina and her ma had taught him that day. He did not remember all the words to the hymn, but the last line kept repeating itself in his head:

No more a stranger, nor a guest,
But like a child at home.

Diantha is currently on preorder and scheduled to be released on April 1, 2019. You may read the full book description by CLICKING HERE.