Friday the 13th and William Fowler 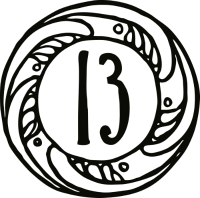 I was going to write an entirely different blog post today, when I realized that it was Friday the 13th and couldn’t pass up the opportunity to shed some light on this maligned  (perhaps properly so) date.

Friday the 13th and the superstitions surrounding it have misty origins in past Christian culture that you can find with a quick google search, but since here at the Sweet Americana Sweethearts Blog we are interested in all things between 1820 and 1920, I thought I’d cameo the life of William Fowler and his “laugh in the face of superstition” attitude surrounding the number 13.

Captain William Fowler was born in 1827 and attended Public School No. 13 in Manhattan. He graduated at the age of thirteen (which likely wasn’t all that unusual considering public schools generally went through the eighth grade) and began his profession – that of a builder. 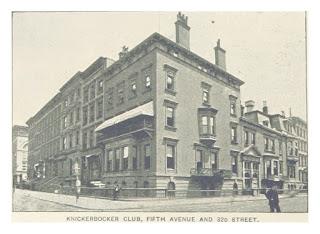 Over the course of his life he built thirteen buildings in New York and joined – yes — thirteen secret and social organizations. In one of them, the Ancient Arabic Order of the Nobles of the Mystic Shrine, he was the thirteenth member.

On April 13, 1861 he entered the Civil War and was commissioned as an officer. He fought in thirteen battles before resigning as an officer on August 13, 1863. A month later, on September 13th, he bought Knickerbocker Cottage which is located at the corner of Sixth Avenue and 28th Street in New York City. (The above picture is NOT that establishment.) Fast forward a number of years until 1882 when he established his infamous Thirteen Club.

This exclusive society and supper club officially opened on January 13 at 8:13pm with 13 members. At this time, there was an unwritten rule about not having 13 guests around a dinner table due to the superstition that if that occurred, one of the guests would die within a year. Captain Fowler sought to dispel such superstition (or at least thumb his nose at it!) For the next few years, members would meet on the 13th day of each month in room number 13 where they would be served a 13 course meal with 13 candles and spilled salt in front of each place. According to a post of the New York Times Historical Society, the members dined in the room with a banner overhead touting “Morituri te Salutamus.” Translation: “Those of us who are about to die salute you.” 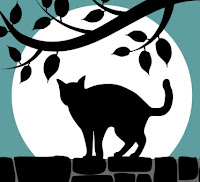 Some of the rules ~


After a full year, it was reported by the club secretary that not a single member had died in the past year.

Captain William Fowler sold the Thirteen Club on Friday, April 13, 1883, however the society continued and many copy cat clubs sprang up throughout the country. By 1887, five presidents had enjoyed membership at one time or another ~ Chester A Arthur, Grover Cleveland, Benjamin Harrison, William McKinley, and Theodore Roosevelt.

What about you? Do you have any superstitions?

Check out Kathryn's books at