Every era, culture, area, and any other sub-group of a population has its own slang words. Being from the rural Mid-West, our slang tends to be less trendy than those from more metropolitan areas.
Wanting to give characters more personality I’ve researched Cowboy and Western slang. Some are quite familiar and still in use today. Others… Well, let’s just say they are colorful and left to be read and amused about.

A Lick and a Promise - To do a haphazard job. "She just gave it a lick and a promise.
Airtights - Canned goods, such as canned beans, milk, or fruit. 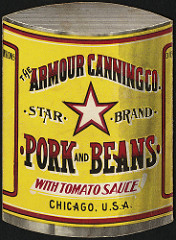 At Sea - At a loss, not comprehending. "When it comes to understanding women, I’m at sea.
Bamboozle - To deceive, impose upon, confound. "After Nick had bamboozled about the money, he was arrested.”
Barkin' at a Knot - Doing something useless; wasting your time, trying something impossible.
Barking Irons - Pistols.’
Biggest Toad in the Puddle - The most important person in a group.
Calf Slobbers - Meringue on the top of pie. 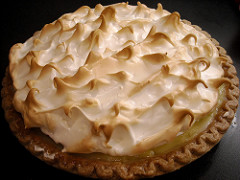 Canned Cow - Canned milk.
Conniption Fit - A fit of hysteria.
Come a Cropper - Come to ruin, fail, or fall heavily. "He had big plans to get rich, but it all became a cropper, when the railroad didn't come through."
Disremember - Forget or choose to forget.
Driving the Nail -  A sport consisting of attempts to drive a nail into a post with rifle or pistol fire.
Dumpish - Sad, melancholy
Fetch - Bring, give. "Fetch me that hammer." "He fetched him a punch in the nose."
Fixin' - Intending. "I'm fixin' to get supper started."
Fixings or Fixins' - Cooked food, also called "Doings." Arrangements, embellishments, trimmings, garnishings. The term was also used for the tobacco and paper needed to roll cigarettes.
Get a Wiggle On - Hurry.
Grassed - To be thrown from a horse.
Hitched - Got married.
Hitch in the Giddy-up - Not feeling well, as in: "I've had a hitch in my giddy-up the last couple days."
Keep That Dry - Keep it secret.
Knee-high to a... - Humorous description of short stature or youth. "He ain’t knee-high to a grasshopper.” 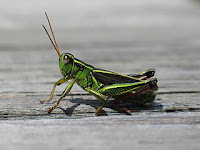 Knobs - Spurs
Lands Sakes! -  A more socially acceptable alternative for "Lord's sake."
Lead Poisoning - Shot. "He died of lead poisoning."
Mountain Oysters - Fried or roasted calves' testicles. Also called Prairie Oysters.
Muddy end of the Stick - Short end of the stick.
Mud Fence, Ugly as a - Used to describe someone who was very ugly.
Necessary - Outhouse, water closet; bathroom.
Night Hawk - While the rest of the cowboys slept under the stars on a cattle drive, one unlucky soul who drew the short straw, the "night hawk", had to stay up all night standing guard.
Peskily - Very, extremely, confoundedly. "I'm peskily sorry to hear of your loss.”
Pop Your Corn - Say what you have to say, speak out.
Prairie Coal - Cowchips.

Raft - A large quantity.
Salt Horse - Corned beef.
Simon Pure - The real thing, a genuine fact. "This is the Simon pure."
Skunk Eggs - Onions.
Slap-Jacks - Pancakes.
Talk a donkey's hind leg off - To talk with no purpose.
War Bag - Cowboys traveled light, and stored their meager worldly possessions in his "war bag". Inside was generally everything he owned, typically an extra set of clothes, extra ammunition, spare parts for equipment, playing cards, bill of sale for his horse, and maybe a harmonica or a few precious letters. Also called a "war sack" and a "yannigan bag."
Whistle Berries - Beans.

Sophie Dawson writes sweet, clean romances both historical and contemporary. Her next release is Wanted: Shopkeeper available for pre-order at https://www.amazon.com/Wanted-Shopkeeper-Silverpines-Book-4-ebook/dp/B07BWZ4ZF3
Posted by Sophie Dawson at 3:00 AM