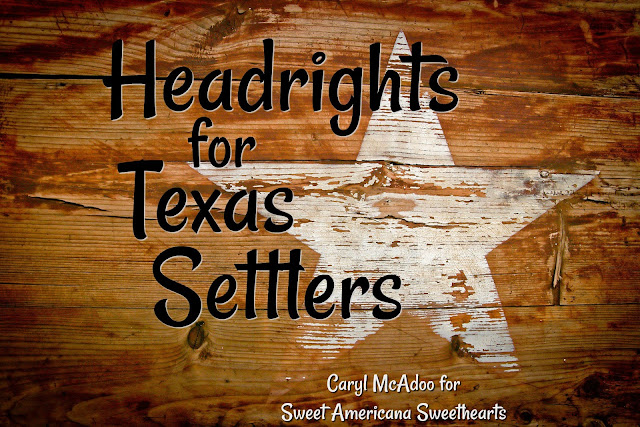 Even before Texas became a Republic, the Spanish then the Mexicans were giving land grants to encourage settlers to come to live in Tejas.

Moses Austin became an empresario, entering into a contract with the Spanish government in January 1821, agreeing to bring three hundred Catholic families to settle along the Brazos River lands. He selected colonists, allocated lands and oversaw the Mexican law. 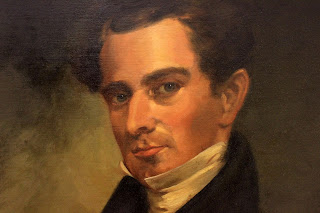 When he died, his son Stephen F. Austin took over the contract. Other important empresarios were Green DeWitt, Benjamin Milam, and Sterling Robertson and several others. Each head of household was awarded a league (four thousand four hundred twenty-eight and four-tenths acres of grazing land) and a labor (one hundred seventy-seven and one-tenth cropland) and the empresario, for his compensation, received five leagues and five labors for each one hundred families he settled. 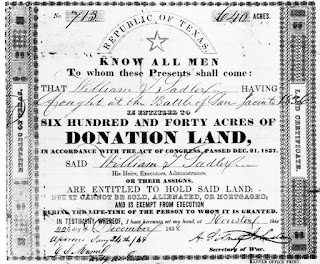 After Sam Houston defeated Santa Anna at the Battle of San Jacinto in April 1836, the Republic of Texas was born. The cash-strapped new nation used land grants to pay off the veterans of San Jacinto and other battles and awarded heads of families a First Class Headright—a league and a labor, over four thousand acres per man. That the settlers be of the Catholic religion was no longer a requirement.

As more pilgrims answered the call and journeyed to Texas for a new start, the Republic stopped giving First Class Headrights. Though the previous recipients who held the certificates could transfer ownership. The new owner could settle the land, survey it, and were required to live on it for three years in order to patent it—receive title deed to the land.

Up until October 1837, the second class headrights (Twelve hundred eight acres for heads of household and half that for single men were awarded) were offered, and after until January 1840, the grants went to third class giving half those amounts. After January 1840, fourth class headrights with the same acreage (six hundred forty to families, three hundred forty for single men) were issued by the Congress of the Republic of Texas.

This was why my fictitious families, the O’Neals, Van Zandts, and Worleys, headed to Texas from Tennessee in GONE TO TEXAS, the coming-in-September book one of my new Family Saga series Cross Timber Romances. It will also be a part of an exciting new collection fashioned around my favorite holiday—Thanksgiving! Be watching for more news about the Thanksgiving Books & Blessings Collection!

The headrights didn’t mean a man owned the land, only that he had a right to make it his own by following the  requirements. To own it, he had to mark the corners, live on it three years, farm ten acres in a crop, survey it, then take care of the paperwork at one of the thirty-eight Government Land Offices (GLO) across the Republic where the Texas settler became a citizen landowner, claiming his title deed for the land. 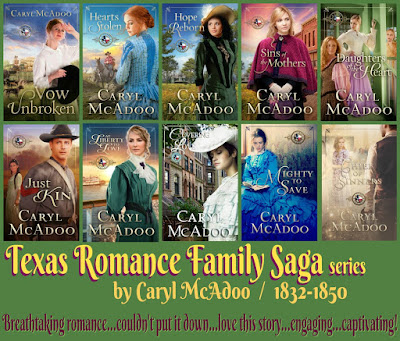 So if you’re ever driving through Texas and some ranches stretch on for mile after mile, like the Cross Arrow right down the Farm-to-Market from me here in Red River County, rest assured that once upon a time, someone like Henry Buckmeyer, the patriarch of my Texas Romance Family Saga (1832-1950, over ten decades and five generations—nine books strong) obtained vast properties by marking the corners, living on it, farming a portion of it, then taking care of their paperwork at the GLO (government land office). 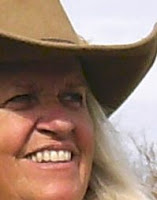 Bio: Caryl McAdoo prays her story brings God glory, and a quick scroll through her novels’ rankings by Christian readers attests to the Father’s faithfulness. She loves writing almost as much as singing the new songs He gives her—look her up on YouTube to hear a few. Her high school sweetheart husband won her heart fifty-two years ago and in June 2018, the McAdoos celebrate their Golden anniversary. Blessed with four children and seventeen grandsugars, Ron and Caryl live in the woods south of Clarksville, seat of Red River County in far Northeast Texas, waiting expectantly for God to open the next door.