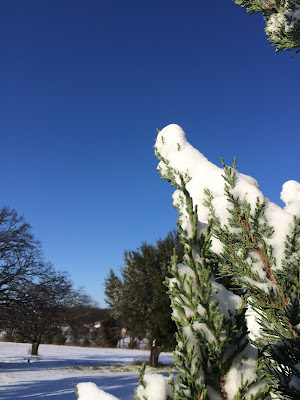 It affects us all. Gives us something to talk about. And it's important to have an idea about what tomorrow will be like if you're going fishing, hunting, or planning an expedition across the country.

Daniel Fahrenheit invented the mercury thermometer in 1714.  It wasn't enough to just say it was cold. We want to know ~ How cold is it?

With the advent of the telegraph, temperature taking became a recorded event along the stations. In 1870,  Congress established a system of military stations to record the weather and to give notice if bad weather were advancing from the Great Lakes and seacoast.

In 1890, the weather service was transferred to civilian control and the US Weather Bureau was born thanks to President Benjamin Harrison.

Weather has always had bouts of the wild.
In February, 1895: one of the greatest snow falls in an unusual place occurred. the coast of Texas reported snowfall of 20 inches. Galsveton had over 15. And Brownsville - way down in the tip of Texas received 5 inches.

1816 was known as the year without a summer likely due to a volcano.

The drought in the 1850's was so severe it added to the problems of the Bison and their near extinction. This and a later drought aided the locust invasion of the west.

Today, we have forecasts that reach into the future. Are they right? Weeeelll, sometimes, it might be better if they just looked out the window.

Here in Texas, where rain can be scarce, we often have a forecast of rain tomorrow. But it fails to rain and the forecast remains ~ rain tomorrow.  LOL   And I right this as it is pouring rain today.


I love to put weather events in my stories. I've had blizzards, tornadoes, heat and cold. I admit, when enduring a Texas summer, it gives me pleasure to write about snow.


Whatever your weather is, I hope you all are having a good day.


Posted by Patricia PacJac Carroll at 1:00 AM