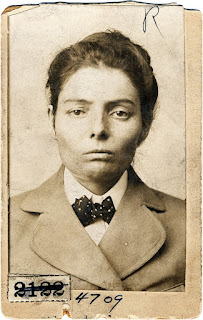 From a young age, Laura Bullion was destined to be an outlaw. Her father was a Native American bank robber, and while working as a prostitute in Texas she joined the Wild Bunch gang, where she ran with outlaws like Butch Cassidy and the Sundance Kid. Bullion helped the gang with their robberies, and came to be known as "Rose of the Wild Bunch." Bullion would help sell the stolen items, forge checks, and is suspected to have disguised herself as a man to help with heists. In 1901 she was arrested for robbing a train. After serving a three-year sentence, she appears to have retired from her life of crime. 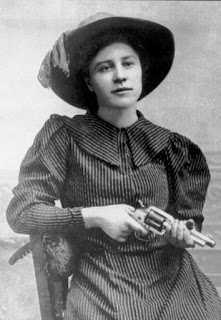 Rose Dunn fell into a life of crime when she fell in love with George "Bittercreek" Newcomb. Newcomb was one of the members of the Doolin Gang, which robbed banks and trains in the Indian Territory for two years. Dunn was a full member of the gang for the most part, and though she didn't take part in the heists, she provided them with amunition , helped Newcomb escape from authorities, and nursed him back to health. Newcomb was later killed after Dunn's brothers (also outlaws) turned him in for a bounty. After that, the appeal of crime seemed to wear off for Dunn, who went on to marry a politician and settle down. 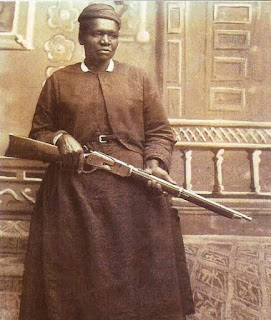 While Mary Fields, often called "Stagecoach Mary," wasn't an outlaw, she was definitely way tougher than most of the women on this list. Fields was born into slavery around 1832, and after being emancipated at the age of 30, made her way west to Montana. Fields, who was very tall and extremely strong, worked as a general handyman and laborer at a school for Native American girls. She had a reputation for being strong, blunt, and more than willing to get in fights with people who annoyed her. At one point the local medical examiner claimed, she had "broken more noses than any other person in central Montana."

One popular story cites a time that Fields got stranded on a supply run andfought off wild wolves at gun point. Given her penchant for fighting and refusal to put up with bullshit, Fields was fired from her position after having a shoot out behind the school (during which she literally shot her opponent in the butt). At age 60, Fields went on to work for the U.S. Postal Service, becoming the first black woman to work for the service. After 10 years of driving coaches and traveling hundreds of miles, Fields retired and started a cleaning service. But she didn't stop fighting. 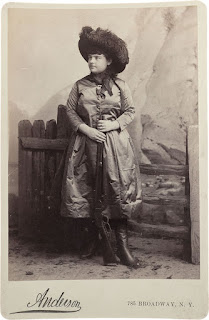 Lillian Smith was the only woman with the potential to eclipse Annie Oakley, but instead she's an often forgotten figure from the Wild West. Smith gained popularity after she joined Buffalo Bill Cody's Wild West Show at age 15. Like Oakley, she was an incredible shot — but she favored the rifle, instead of Oakley's preferred shotgun. Because of her young age, colorful clothes, and penchant for swearing, Smith was substantially younger than Oakley, and the two were rivals. But while touring in London, Smith shot so badly that she was ridiculed. Soon after, her career ended.
Posted by Penny's Tales at 4:24 AM