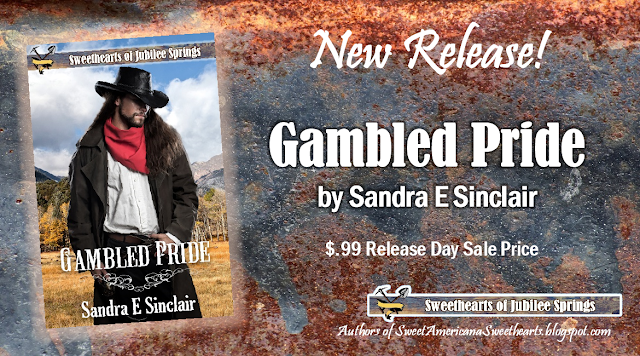 He's running from his past, she's chasing her future. 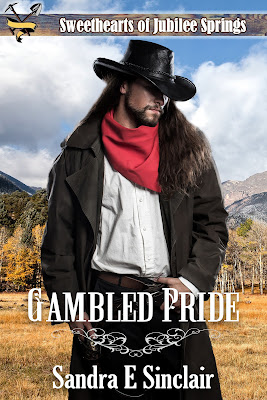 Lied to by her father, abandoned by her mother, and determined to keep her promise to a dying sister.

Rachel Stanley, feels lost and afraid after saying a final farewell to her beloved sister.  She is truly alone in the world, and must travel west disguised as her sister, to marry one of two men, she's never met.

Rachel knows who's to blame for her miserable and empty life. She wants revenge. Not only for herself, but for the loss of her beautiful sister. What she needs to make it happen, she can't do alone. She needs help and hopes to find it in the man she’ll be marrying in Jubilee Springs.

Tired of living in the company’s bunkhouse with the other miners. Beg Wilson decides to take his bosses up on their generous offer of finding wives for their workers, and take advantage of the provided lodgings that came with it, by puts his name down to receive a mail order bride.

He's never really had a home and is determined to shake the ghost of his past, hoping to find a future with the woman whose letters move him, and make him think a good life is possible. He'll finally be able to plant roots and have a normal family life.

The only trouble is, his bride is not who she says she is.

Rachel and Beg are on a collision course, where his past and her future will merge into one. What Rachel's running away from, is what Beg is trying to forget. Destiny demands has fated they do it together, bringing with it bittersweet memories, hurt feelings, peace of mind and new beginnings.

Can two lost soul heal each other and find happiness?

Find out now by grabbing your copy of Gambled Pride on Amazon today. PLEASE CLICK HERE.

Gambled Pride will be offered at the New Release sale price of $.99 for one day before it will be available at its usual price.

Now, for an excerpt: 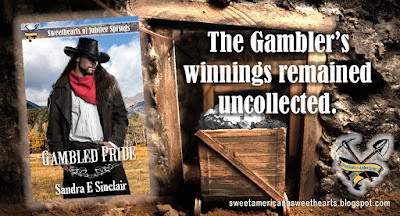