Oh the harshness the pioneers of the west endured! Can you imagine eating a tomato sandwich, the tomato fresh from the garden and dripping with goodness, without a dash of salt? 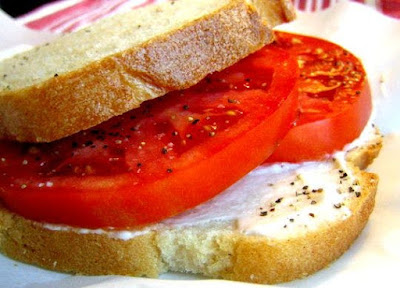 Salt has been used for seasoning and preserving food perhaps since the very beginning of mankind. And, thankfully for our taste buds, we’re in no danger of running out. Geologists believe the underground salt deposits in Kansas alone would give Americans enough salt for the next 250,000 years. 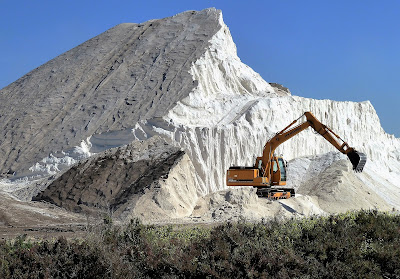 And if we ever did run out of salt on the earth, salt from the oceans would keep enhancing the taste of our food. The amount of salt in the oceans is staggering. If we removed all of it at once, we would be buried in a mountain that reached over five-hundred feet thick over the entire earth!

Yet salt has not always been readily available for all. Pioneers often had to thinly stretch their rations of salt. The harsh frontier life was made even more difficult from lack of salt. Due to its scarcity in the early 1800s, salt was four times as expensive as beef on the frontier!

Salt's usefulness extends beyond making our food tasty — as a matter of fact, it is essential for people and livestock. Tell that to your doctor! The sodium in salt is a needed nutrient that the body cannot produce. Sodium regulates many bodily functions and is a component of blood. We cannot live with an unregulated vital fluid, our blood, the transporter of oxygen and nutrients.

Besides being necessary for life and a tasty ingredient, salt was, and still is, used to preserve food. Without refrigeration, curing of meats and some vegetables with salt was widely used in frontier days. Salt pulls the water from microorganisms during the process of osmosis, destroying the bacteria that cause illness. 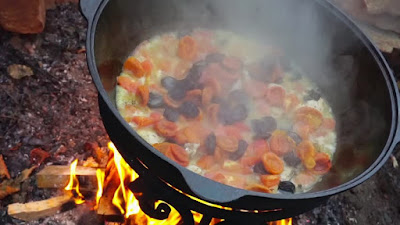 Its necessity put salt at a high premium in our country’s history. For example, in the late 1860s, the Salt War broke out in El Paso, Texas when men fought for ownership of the salt deposits near the base of the Guadalupe Mountains. The war lasted for twelve years, resulting in property damage and loss of life. 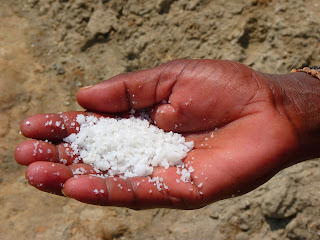 This importance of salt has resulted in words and sayings, some perhaps not recognizable as being derived from salt. Laborers were once paid in salt, and it is where the word salary comes from. In the past, leafy greens were salted, as many of us still salt them today, and thus we get the word salad.


Someone who is the “salt of the earth” is dependable and true to their word. And of course we’ve all heard, he’s not worth his weight in salt.

Adding salt to our food makes it tastier, and in the same way, adding a grain a salt to something someone says helps it to become more palatable.

Just remember to take this article with a grain, or perhaps a handful, of salt!

The path down to the river may sweep her away ... to love or disaster, perhaps both.

Now free on Amazon, please CLICK HERE.
Posted by Sheila Hollinghead at 2:00 AM